How to make a grill on the balcony 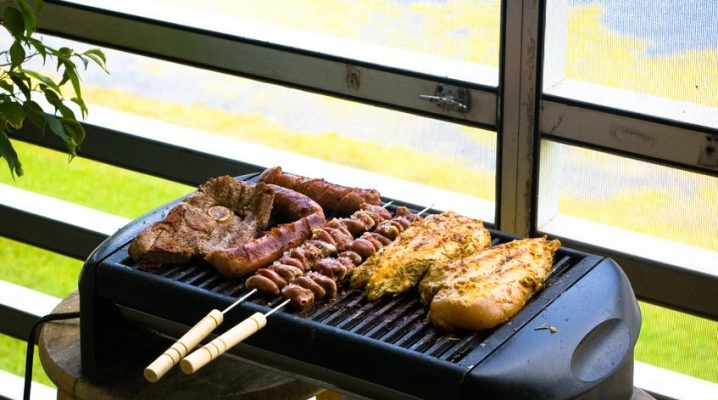 As you know, the most favorite pastime in the open air and nature is cooking delicious kebabs, which have a particularly incredible taste, being fried on the grill. Kebabs are an incredibly tasty delicacy, which involves, for the beginning, marinating meat, then impaling it on skewers and cooking on the grill. The meat is juicy, soft and literally melts in the mouth. 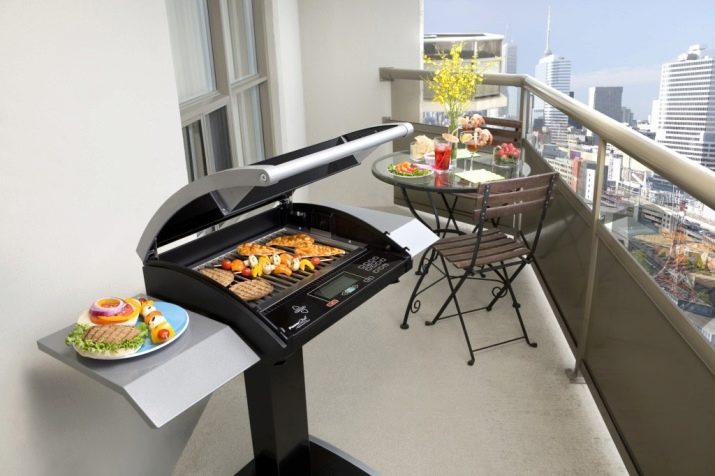 Of course, it is preferable to cook this dish in the open air, somewhere in the woods near a river or lake. But here it is necessary to follow the rules of fire safety, since a large amount of dry grass and branches can cause a dangerous situation. Be sure to keep a bucket of water or a fire extinguisher near it so that in case of even a small fire it can be quickly extinguished.

Owners of their own private houses or cottages are much easier to resolve this issue. Shish kebabs can be donated on your private territory, and you must be at least ten meters away from the house. Here, too, you should follow the safety rules and have water near, in case of an unexpected situation.

But unfortunately, not everyone is able to get out into nature, and we really want to try kebabs cooked on the grill, and not in the oven. In this case, some particularly resourceful citizens decide to put the grill right in their balcony. Apparently, not everyone knows that kindling fire in the apartment, and the balcony belongs to it, is strictly prohibited by the legislation of the Russian Federation, as it is dangerous and can cause harm.

Why it is impossible to kindle fire on a balcony?

Everyone can make a grill on the balcony, but not everyone knows that it is strictly prohibited. First of all for security reasons of your property. Firefighters are not allowed to kindle a fire on the balcony, because even with all precautions, you can provoke a dangerous situation. The warm air rising from the barbecue on the balcony, together with the smoke, also lifts the unburned pieces of embers. They can fly into your house or your neighbors and cause a fire. It is not recommended to fry kebabs on the roof of the house, as there often accumulates a large number of dry leaves that burn beautifully. 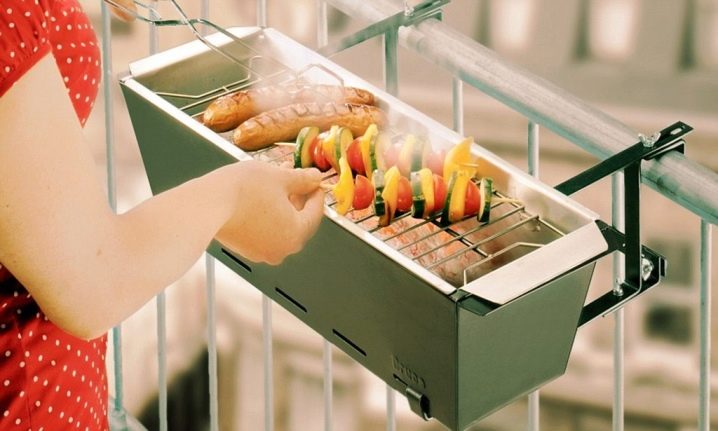 From the barbecue on the balcony will be against and neighbors who can call the police, fearing not only for his apartment, but also for health. After all, the smoke can be so strong and suffocating that it will cause discomfort even for the most undemanding people. And to erase everything from the apartment is quite difficult.

Doctors also do not recommend frying kebabs on the loggia, as the smoke coming from the barbecue will be circling right next to you and cause a strong cough. In nature, it is carried away far away, and the area of ​​dispersion there is more than a balcony. 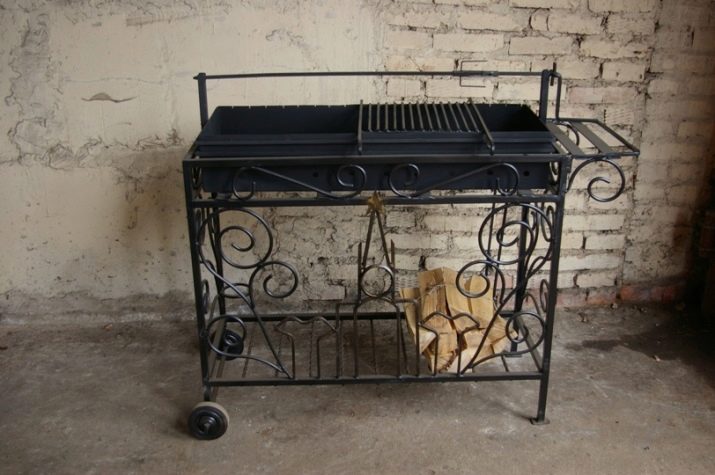 Despite numerous prohibitions, as well as fines, the desire to fry kebabs on the loggia does not disappear at all. There are brave souls who organize a real picnic on the loggias.

Modern technological developments have allowed manufacturers to create a secure counterpart - an electric brazier. Appliances stores offer a wide range of safe barbecue grills. The main advantage is the absence of the need to kindle a fire in order to prepare a dish, respectively, the use of an electric barbecue is the only legal way for these actions.

Firstly, live fire is not used here, which means that neither the fire brigade nor the neighbors will have any reason for discontent and anxiety about the possibility of creating a dangerous situation right in the house. The absence of live fire saves you from yet another unpleasant factor arising from the real brazier, namely from the terrible smoke that spreads very quickly.

This type of braziers is of two types: horizontal and vertical. Horizontal barbeque looks like a mini version of these braziers. The heating element is at the bottom, and the skewers with meat must be turned over manually. This process is reminiscent of cooking kebabs in the open air and is very fascinating. By the way, thanks to the fire safety of this device, it can be used both on the balcony and inside the house in the kitchen.

Vertical barbeque houses have the shape of an elongated cylinder having a heating element for roasting meat on top and an automatic drive so that skewers with meat rotate and cook evenly. Also in the lower part there are special open containers that collect fat dripping from the meat. This ensures easier care of the barbecue maker.The choice of an electrical option depends entirely on your desires.

By the way, there are such craftsmen who install a brick frame on the balcony, and inside they lay an electric brazier to give the cooking process a feeling of greater reality.

Another device for its possible use on the loggia is a mini-brazier. It is installed on the edge of the balcony and is firmly fixed there. The small size and convenience of the device made it quite popular in a short time. However, there is also a danger of fire, as the device is not electric and for cooking kebabs you need to kindle a fire, which some authorities might not like. Also this barbecue has one more minus - a small amount of smoke that comes from the fire.

In no case can not leave the above devices unattended. It is necessary to have water or a fire extinguisher near it just in case, since no one is immune from unforeseen situations.

Even the use of even a mini barbecue on the balcony is not recommended, for frying kebabs at home is better to use electric.

Interesting in the section "Balconies"

Wardrobe on the balcony

Rack on the balcony do it yourself 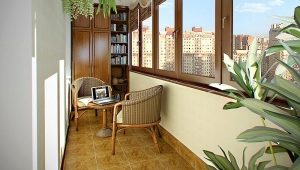 Balconies Warm floor on the balcony do it yourself 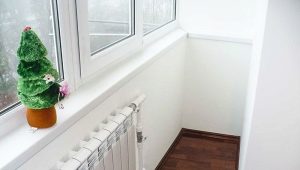 Design with flowers on the balcony

Cellar on the balcony

How to choose and arrange a plastic door to the balcony 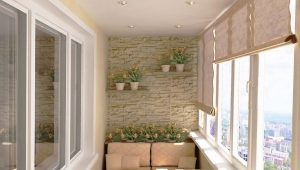 Balconies Ceilings on the balcony

Cabinet on the balcony

Curtains on the balcony do it yourself