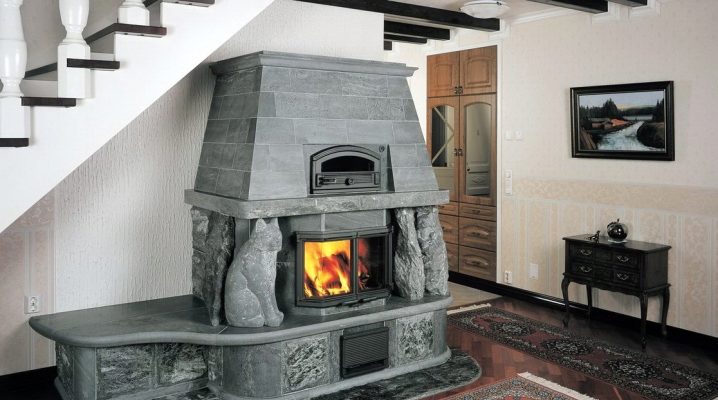 The fireplace is not only a decorative element of a home interior which carries out decorative function, but also the irreplaceable and at the same time original heating device. If there are no other types of heating in the house, such as a boiler or a centralized heating system, then a fireplace-stove can be a source of heat. If you correctly install such a device, then it can even be used to heat water. Properly installed and selected fireplace will serve as an excellent source of heat supply. This element will decorate the interior of the house and perfectly warm you in the cold season and make the air in the house warm. 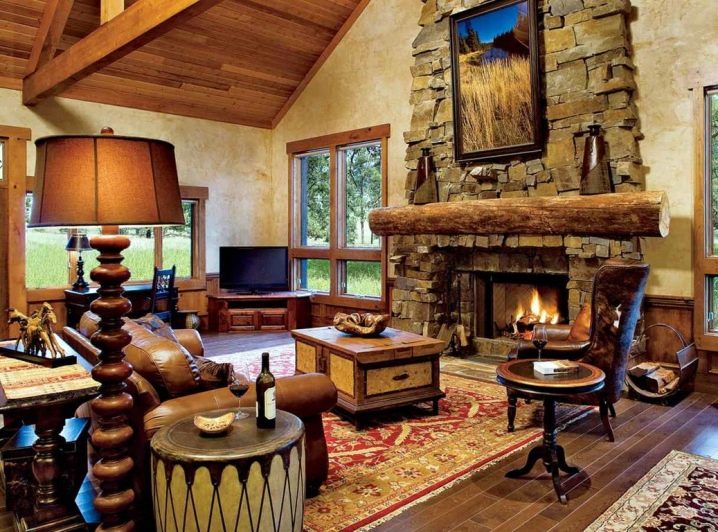 A feature of the work of such a fireplace is that under the influence of the heat of the fireplace-stove the air in the room heats up. Since the warm air is lighter, it rises up and is evenly distributed throughout the house, there are even special models with an air duct.Another advantage of this heating device is that its use helps to save energy, which could be spent on heating a house. There are many options for placing a fireplace stove at home: it can be built into the wall, used as a partition, placed in the corner, as well as near the wall. 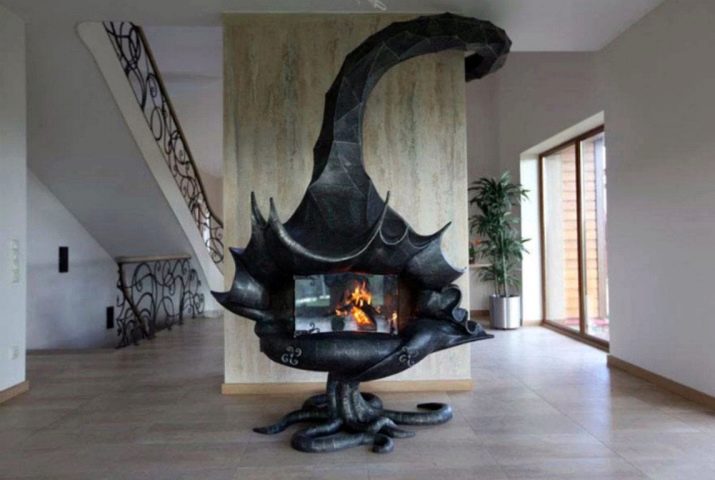 A real brick stove can only be installed in a private house, and you should note that the living room or other room in which the fireplace stove should be located should be quite spacious, it is desirable that the house should be approximately 30 square meters. or more. In addition, the floor of the building must be very durable, since such a fireplace is a rather heavy structure. It is better to entrust the work of installing a brick fireplace-stove to a master who knows his business, because if you install it yourself, you can easily break the masonry, which can later lead to a fire.

The fireplace stove, besides its main heating function, also performs a decorative function in the interior of the house, so it is important that it fits well with the home environment. Its proper placement in the room is of great importance. 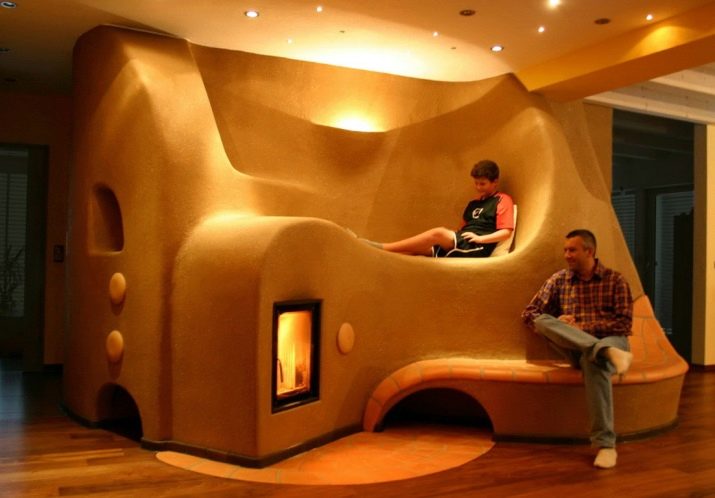 According to the placement of the fireplace-stove in the room there are several types of them, the most common of them is a wall-mounted fireplace. This type of fireplace is a classic model. Based on the area of ​​the room in which you plan to install a fireplace-stove, you can choose a fireplace of a large size or compact, that is, a small device. The latter option is suitable for rooms whose area is less than twenty square meters. Another view is an island fireplace-stove, which can be placed in any part of the room, but this design takes quite a lot of space. 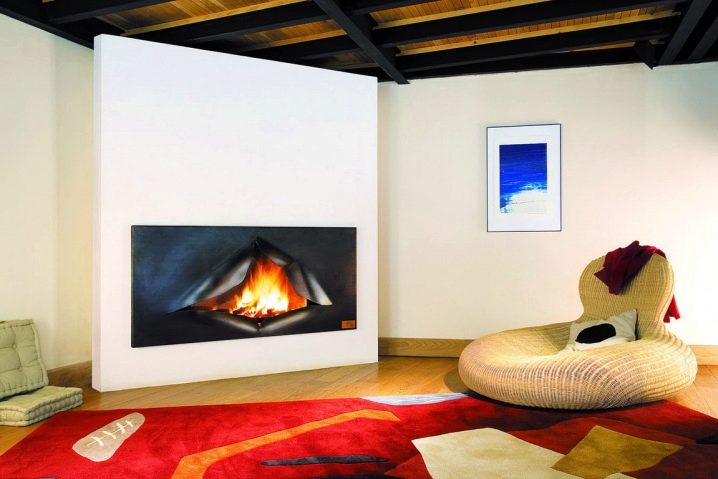 The following type is an angular fireplace-stove. This model takes up less space in the room compared to previous types, so it is perfect for a small cozy room. There are also built-in or plug-in fireplace stoves.Such an insert is mounted in the wall of the house and practically does not occupy the space of the dwelling. Another distinguish two types of fireplaces, stoves, depending on the type of place where it burns fuel: a fireplace-stove open and closed type. 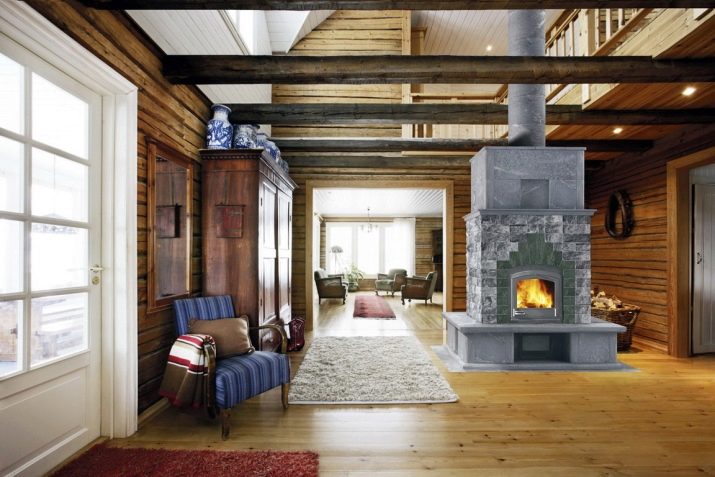 For heating a two-story house

For large modern houses, an excellent solution would be a fireplace-stove, heating two floors of the house at once. These are very reliable and efficient models of fireplaces, stoves, but this is reflected in their cost: the price of such products is quite high. In addition, the design of such a fireplace is very complex, so not everyone can create it by themselves. 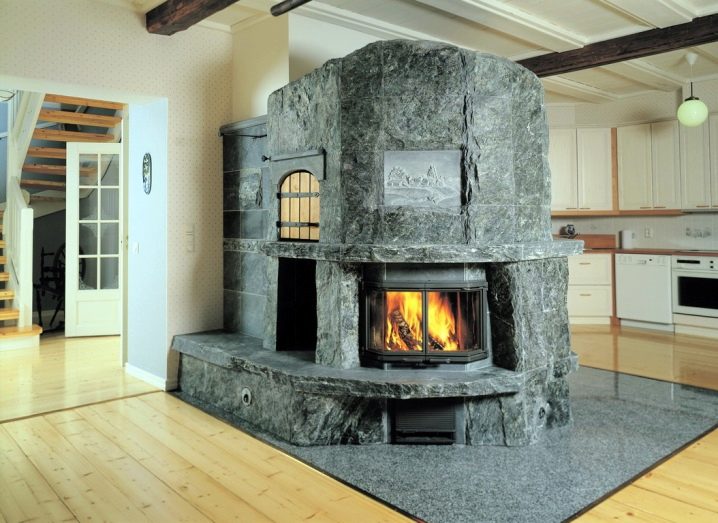 If you decide to give preference to such a fireplace-stove, which is able to heat two floors of a residential building at once, you should also decide on the type of its construction. The first type is a fireplace stove, which has only one fire chamber, the device of which provides heating of the second floor due to the good circulation of air masses from the chimney. The second type of fireplace-stove for a house with two floors is a fireplace with a pair of fireboxes, and both fireboxes are completely independent of each other. The latter variety can be of two types. 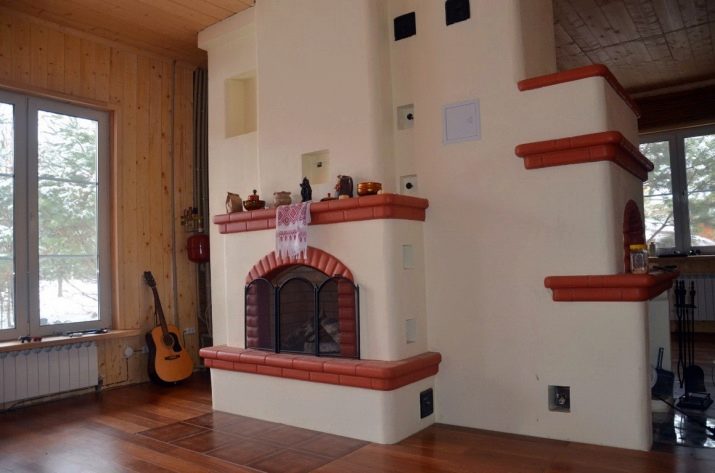 The first type is a fireplace, which has a pair of furnaces and only one chimney. The design of such a fireplace weighs much less and does not take up so much space in the house, often craftsmen create such a home-burning stove themselves. But despite its positive qualities, such a fireplace also has negative features: two separate fireboxes, having a common chimney, do not blink at one time, because if the draft is in one firebox, then from the second firebox all the combustion products will fly to the room. Therefore, this design can only work on each of the floors in turn. The best version of a fireplace-stove for a two-story private house is a type of such a fireplace, which has two fireboxes and one chimney for each of them, so you can use such a fireplace at any time.

Two-tier fireplace-stove is the best option for the owners of a two-story house. Independent from each other fireplace inserts are divided among themselves by special jumpers. The fire chamber of the first floor fireplace is fenced with special air exhaust ducts, which contribute to the improvement of heat exchange processes between the fireplace and the room as a whole.The fire chamber of the fireplace of the second floor is equipped with only one air exhaust channel, and the role of the second such channel in this case is performed by the chimney of the firebox located one floor below. 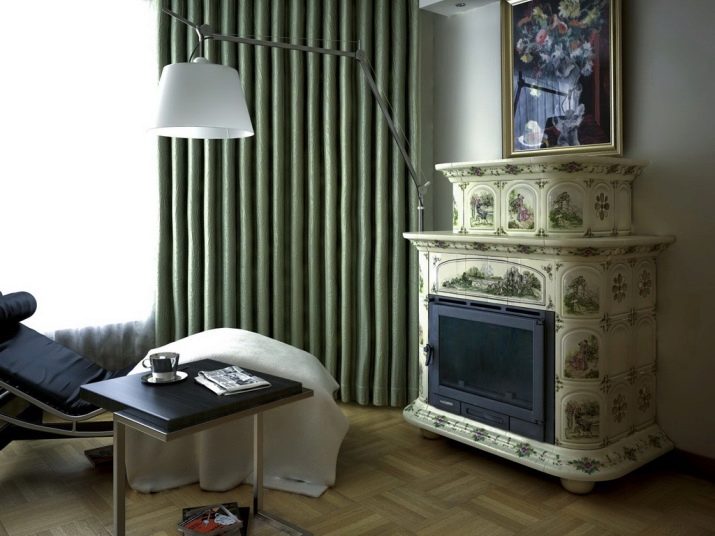 Bunk fireplaces have a very large mass, so to create such a device even have to build a whole foundation, but there are also models of the frame type, that is, more simplified structures that do not require the creation of the foundation. The foundation of a two-story fireplace is made of concrete with an iron frame, it must be reinforced. In addition, such a foundation must be set below the level to which the soil freezes.

This design is very unique and convenient because you can install such stove fireplaces in different rooms of the same house, which are remote from each other. electricity. These types of fireplace-stoves work like a classic thermo-fireplace into which a heat-exchange chamber and a closed-type firebox are built.When purchasing a fireplace with forced circulation of water, you need to take into account that it will be necessary to connect it to the power supply from electricity, otherwise such a system will not work. 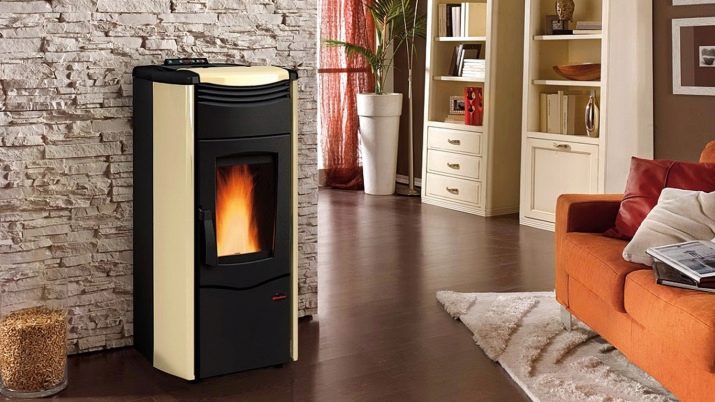 The main place in the device of this fireplace is a pump that performs the function of transporting water through each of the pipes of the heat supply system. Such a system allows to warm up as much as possible even in the shortest possible time. You can even get a very small radiator.

You can also give preference to designs that work on the basis of the principle of hydro-resistance. In addition, you can place in advance a shelf for the fireplace-stove, on which you can later place the wood fuel.

The design of the fireplace, long-burning stove is a highly energy-efficient device. In such a fireplace, the fuel, the role of which is fulfilled by coal or wood, does not burn completely, but goes through a slow smoldering process. Subsequently, gas is produced, which, burning, increases the temperature in the house where the device is located.The design of the home fireplace-long-burning stove is quite complicated, it consists of several elements. One of them is a fuel bunker, which is usually found in pellet fireplaces, but in modern times there are types of fireplaces that can be dipped into the firebox without external intervention. Fireplace such a fireplace can only be strictly closed. The air vent of this design is equipped with fans, and in shape it resembles a telescope tube, which descends depending on the process of combustion of fuel. 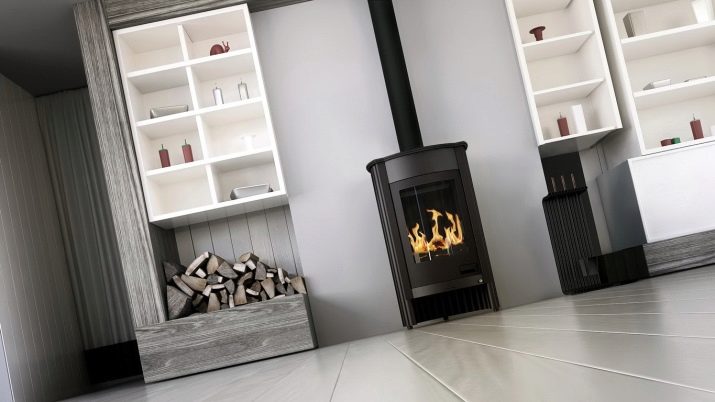 A long-burning fireplace-stove must have a chimney so that the combustion products can be easily removed from the closed firebox. In addition, such fireplaces are equipped with the technology of assembly of the protruding condensate. If you are the owner of such a fireplace, then it would be nice to get an ash pan, so that you can collect solid particles left over from the fuel. The air required for the oxidation processes of the wood must flow through the vents that are located under the air vent. 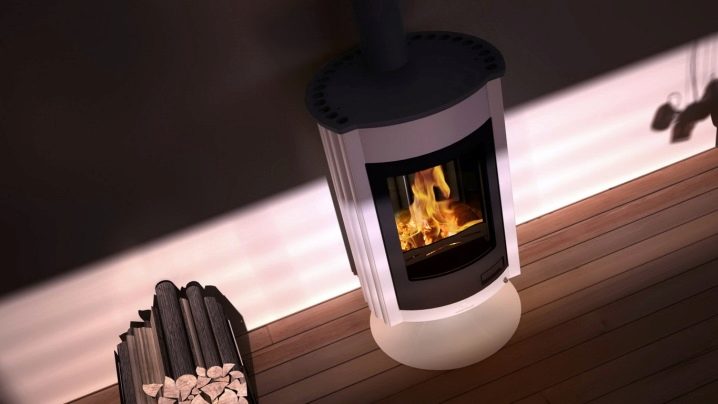 After you have laid and set fire to the firewood, you need to close the firebox, and in this case, the opening necessary for ventilation opens.Oxygen, without which the combustion process is impossible, enters only the upper part of the fuel, its lower part is not affected at all. While the firewood is burning through, the air vent slowly lowers, and in doing so the flame captures the next wood layers. Subsequently, such a slow burning of the fuel remains the minimum amount of combustion products. And the resulting gas is oxidized, and as a result, ordinary water (condensate) and carbon dioxide are produced. 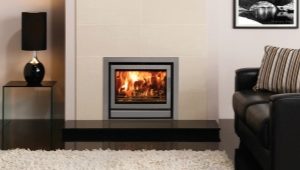 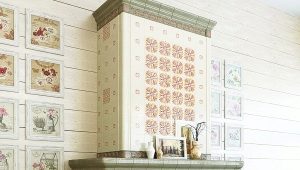 Features of the manufacture of fireplaces 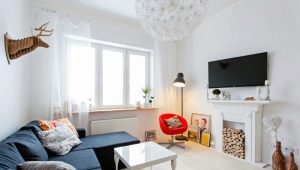 Heat-resistant glue for stoves and fireplaces