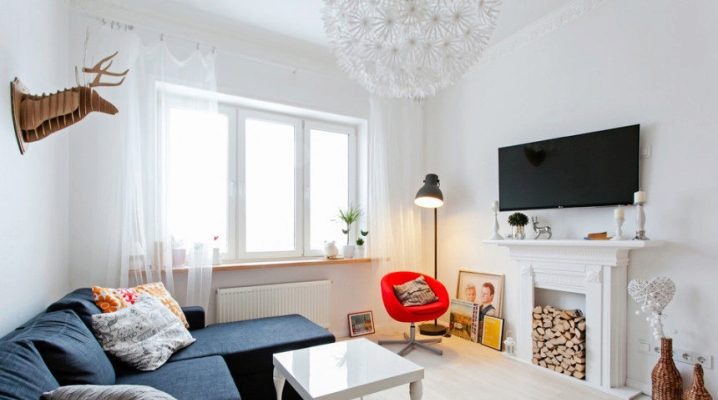 In private houses, cast-iron fireplaces have long occupied their place in the living room, where the whole family gathers in the evenings. When the phrase "family idyll" often comes to mind a picture where adults sit in easy chairs and talk, and children play with pets or read sitting on a soft carpet, and all this happens around a large fireplace.

Unfortunately, real fireplaces are difficult to install in city apartments, so they began to produce special, so-called fake fireplaces, which look like real ones, but they lack chimney and fire as such. These include bio-and electric fireplaces with a firebox, which have not only a chimney appearance, but also an imitation of real fire. 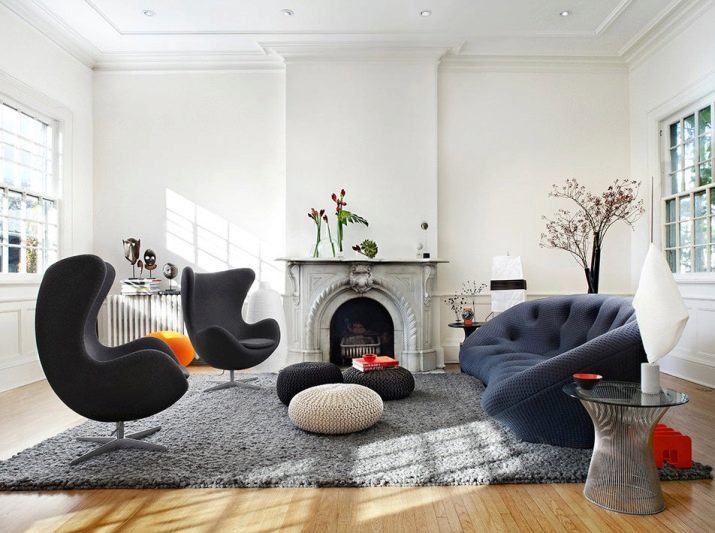 Falshkamins have a lot of advantages, and first of all it is, of course, safety, the most important for families with small children, who strive to climb everywhere, especially in those places where it is most dangerous. These fireplaces do not require additional maintenance, so you do not have to after every warm gathering to scrape away the kilograms of coal, which you first need to spend money on and clean the fireplace. There is no soot or harmful smoke, which are mandatory satellites of all these fireplaces. It is only in the picture that it is beautiful to sit and bask in a real cast-iron fireplace, in real life, after such gatherings it takes a lot of work to preserve the beauty of the fireplace externally and its functions from the inside. 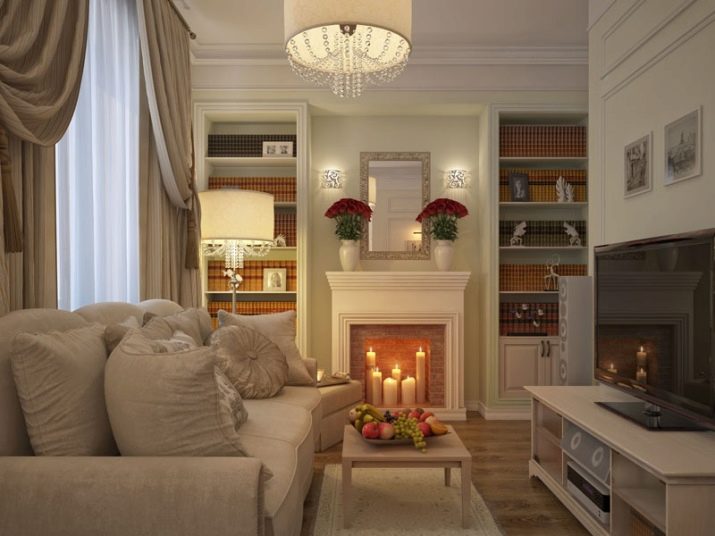 To install falshkamina in a city apartment, you will not need to run through hundreds of instances, collecting signatures about the permission to install a fireplace at home. It is enough to have an outlet in the right place, where the fireplace will stand.

But such fireplaces have their drawbacks. For example, judging by the reviews, the most tangible of them will be the energy consumed, thanks to which you will receive not such budget bills for light as in other cases. This minus, of course, is significant, and it can greatly influence the decision to purchase such a fireplace. Another disadvantage is still unreal fire, which is only an imitation and the heat from it will not get to the extent that you can get the heat and comfort from a real fireplace with a chimney. 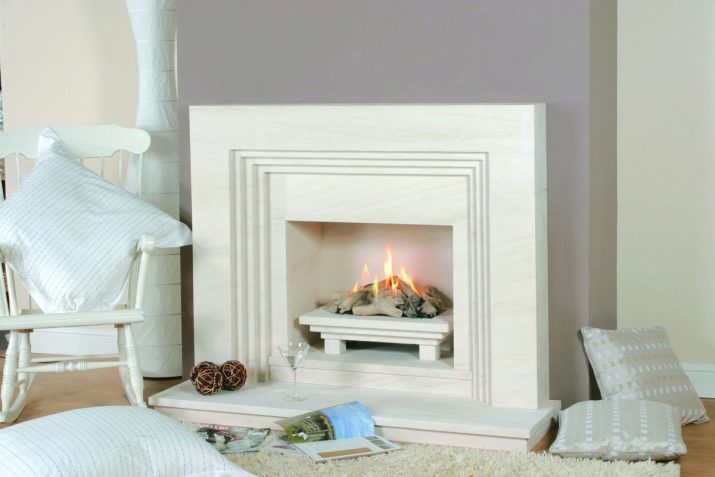 Falshkamina in the interior is a very beautiful addition, which gives the living room comfort. You can play the kind of burning flame in many ways, in addition to buying a fake fire. For example, some create a plaster portal and lay firewood inside, then candles are placed next to the firewood, which create the appearance of a burning flame in the fireplace. Another non-primitive way is to purchase an electronic photo frame, which will reproduce the effect of a burning flame when choosing the appropriate mode. These species are called imitations. 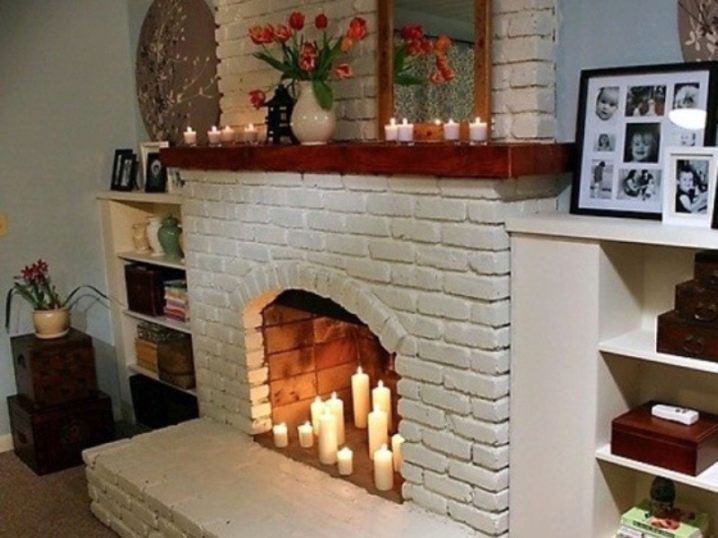 Electric fireplaces perform a more decorative function than heating, but the heat from them still emanates. Of course, it is not as tangible as that of real fireplaces, but it is still present. By the way, modern stores offer models in which the heating function can be turned on or off at the request of the owner. It is very convenient, especially when at home and so hot. There is a fire in the electric fireplaces, and naturally there is no chimney. 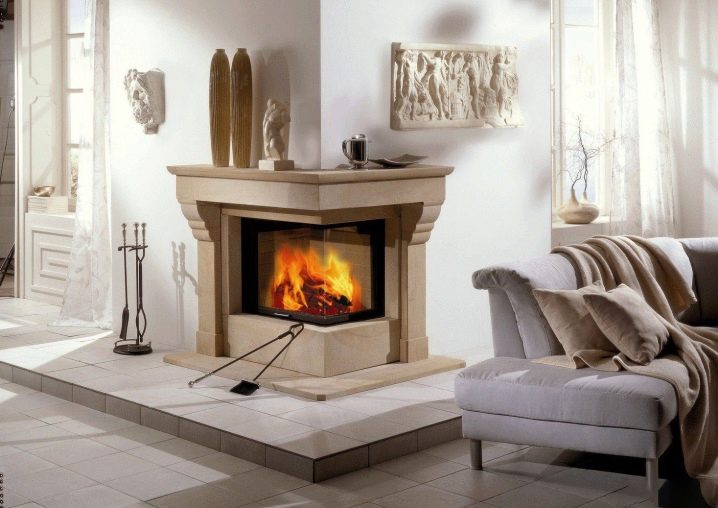 Electrofireplaces are of the following types: 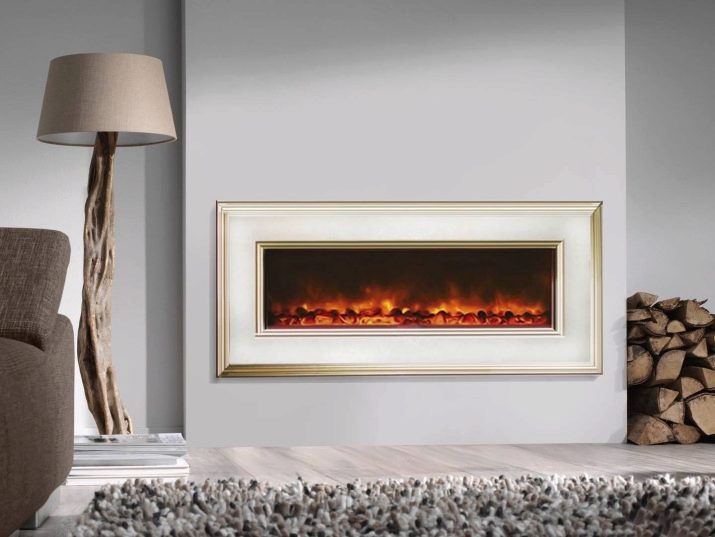 The bio or ekokamina is another kind of false fireplace. It is based on a burner or block for fuel, which should be filled with a bio-standard. This fluid has a vegetable base and, therefore, has no harmful gases, an unpleasant smell, soot or smoke.The bio-standard gives a uniform and beautiful fire without a bluish tint.

This type of fireplace can be decorated in various ways and fit into any interior. Thus, it turns out that biofireplace is a kind of transformer that can adapt to any atmosphere. 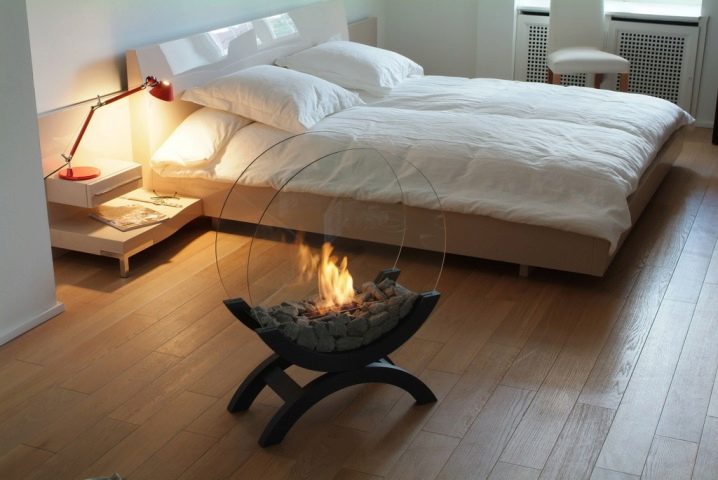 These fireplaces have their own subspecies:

Of course, the most common placement of fireplaces is the living room. Falshkaminy look very nice with the decor of marble, wood or stone. Often, this piece of furniture acts as a shelf or stand, which can be decorated with statuettes, watches, as well as frames with photos. 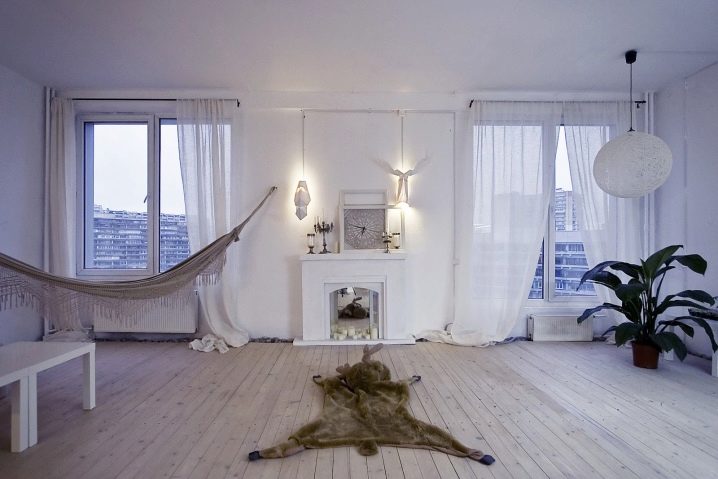 There are cases when a television is hung over the fireplace. In principle, this is a good decision, because there is always a lot of space above the fireplace that needs to be filled and instead of large pictures there is a TV hanging there.Unfortunately, this solution is not always correct and practical, since simultaneously working fireplace and TV distract attention from each other, thereby not allowing to concentrate on one thing. Still, the fireplace, regardless of whether it is real or not, is a self-contained piece of furniture in the living room and will not tolerate some bright competitors like himself. 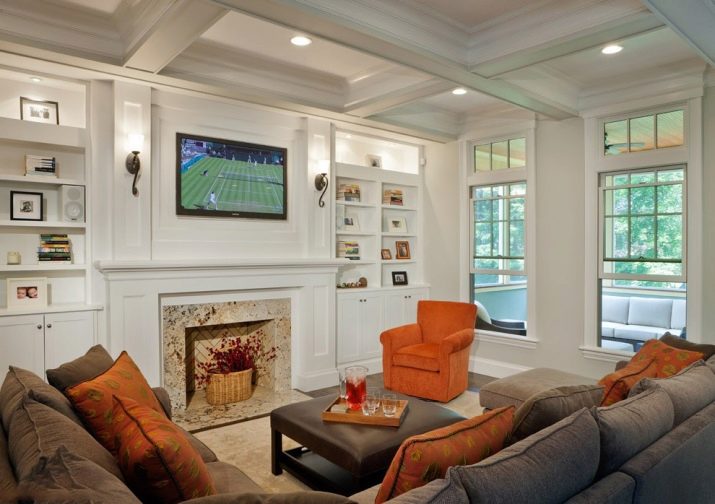 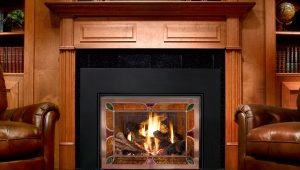 Fireplaces Fireplace doors - the aesthetic guarantee of your safety 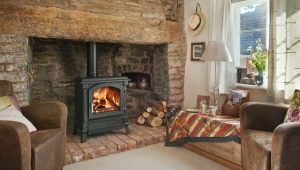 Fireplace in the wall

How to choose the hearth for the fireplace? 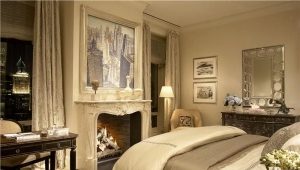 Fireplaces Fireplace in the bedroom

Portals for fireplaces made of artificial stone