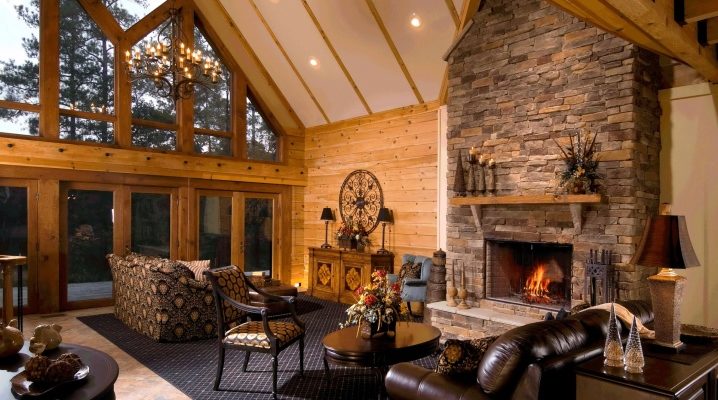 Even when it is raining and slush outside the window, the houses near the fireplace with crackling firewood are always warm and cozy. Someone likes to smoke a pipe at such moments, someone likes to drink tea, having got into a soft armchair, and someone just gladdens cheerful lights of flame, from which you do not want to look away. But all these pleasures will not be possible if there is no fireplace in the house. 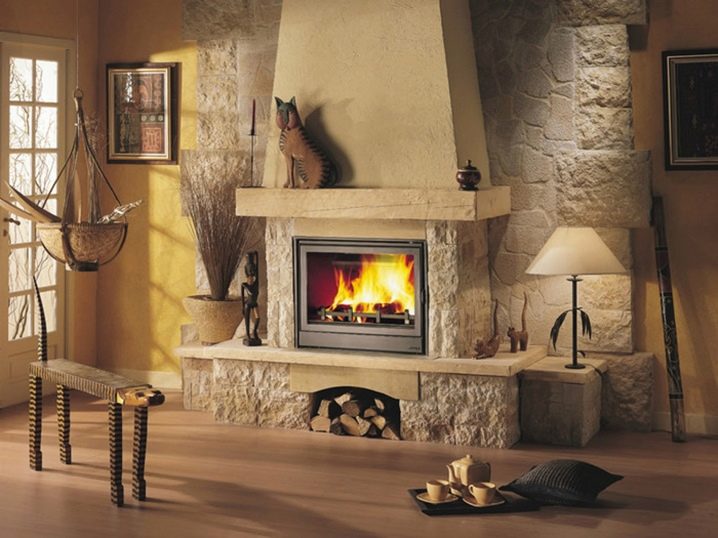 The main functions of fireplaces

For a long time, the following functions were assigned to the fireplace:

He had to protect the room from the cold, and at one time there was no alternative to such heating, but not today. Today, centralized and individual heating is much better with this function, although no one is going to give up the fireplace. 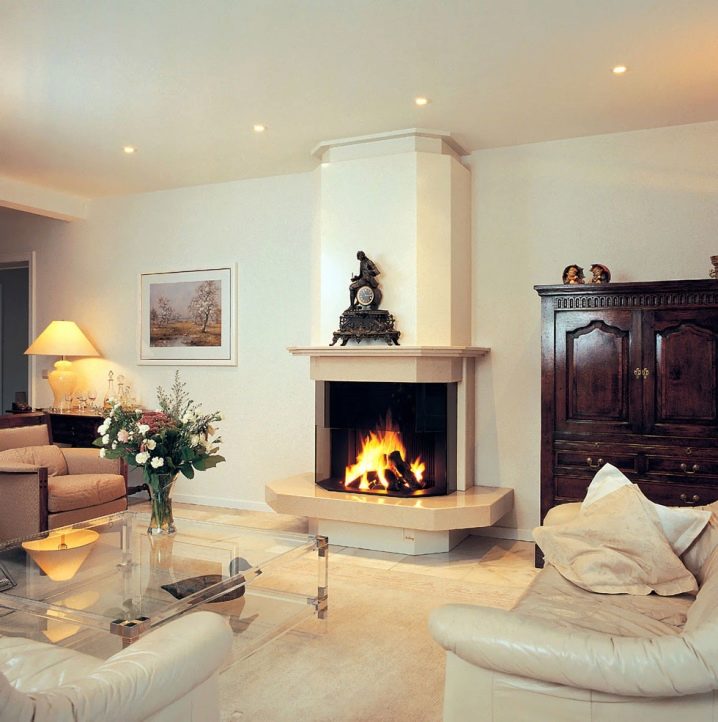 On the fireplace you can cook food. It is clear that a modern kitchen is crammed with such equipment that there simply cannot be any problems with the preparation of any dish.But how can such a food be compared only to the one that was cooked on the fire? And here is the fireplace, where you can bake both meat and vegetables - just an irreplaceable thing.

The fireplace today is the decorative decoration of the whole room, it can be said that the fireplace is its soul. Today, a fireplace is a comfort, it is a joy and an inspiration for all guests and households. 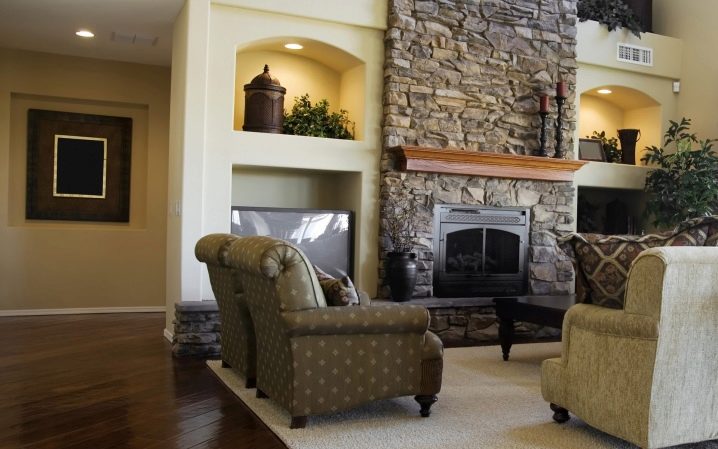 It is for this reason that, most likely, even if it is impossible to have a real fireplace in the room, you can often see its imitation in it - with inanimate fire and unreal crackle of unreal firewood. And all the same, even from such a fireplace it becomes a little warmer and more joyful in the soul. 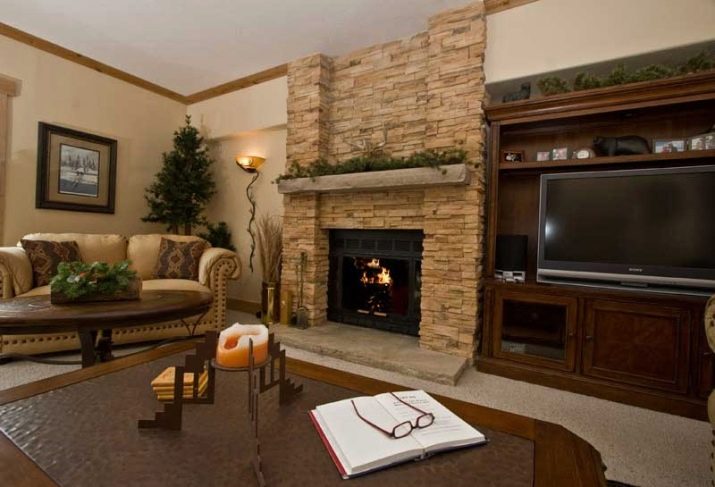 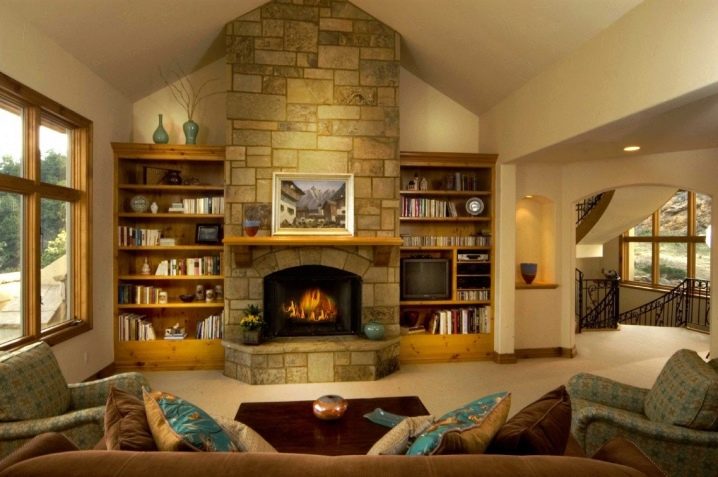 In order for the fireplace to work stably, in order to avoid smoke, soot and other troubles, it is necessary to carefully measure out all dimensional proportions between the foundation, chimney, body, firebox and smoke box. 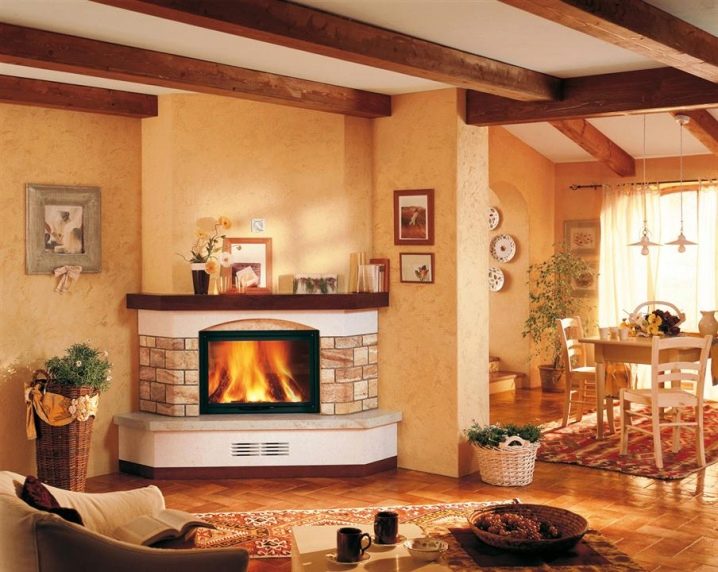 The basic rule that must be followed when building a foundation for classic fireplaces is that its area must necessarily be several times larger than the base area of ​​the fireplace itself. If to say more definitely, the foundation should go beyond the area occupied by the fireplace, the value of from meter to one and a half meters.

How deep the foundation should be depends on the characteristics of the soil on which it is erected: how much it will freeze and what its flowability is.

For the construction minimum, the depth can not be less than half a meter, and for a two-story house the depth of the foundation can reach even a meter. 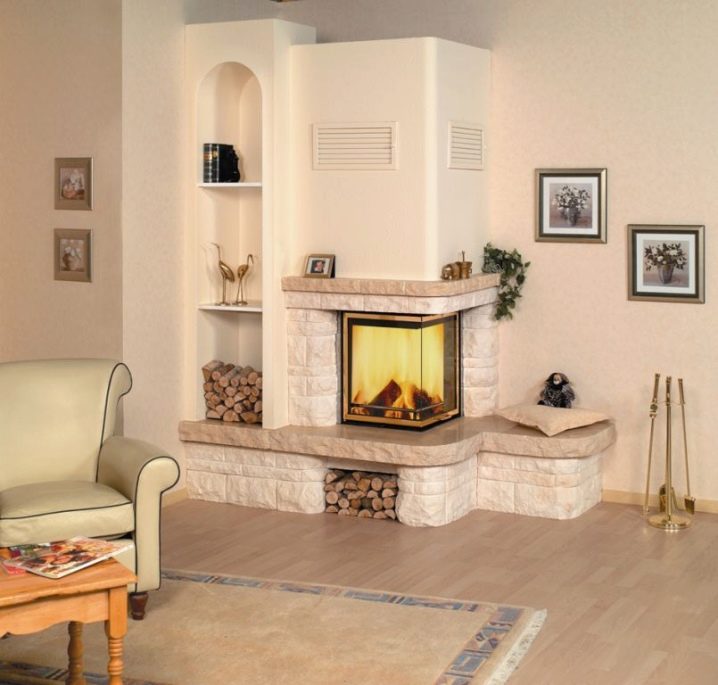 In any case, what will be the width of the pit, should be determined only after all the dimensions of the future fireplace are calculated, and so-called uncertainty needs to be added to all sizes - this is about 15 millimeters. 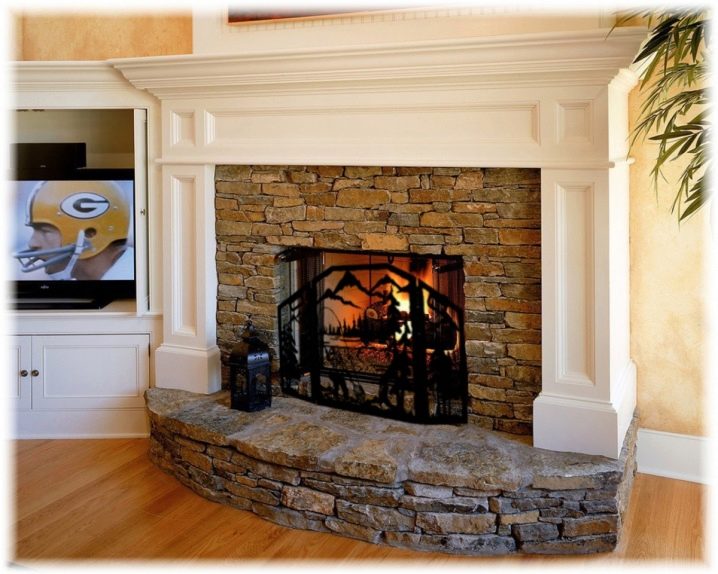 Many of those people who are thinking about buying a fireplace begin to ask themselves whether it is really necessary to build a separate foundation for it. But after all, there are quite a few fireplaces, some of which are light, while others are heavy. 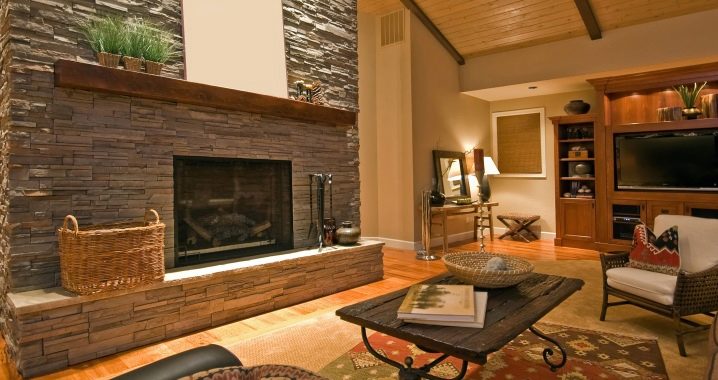 If the fireplace weighs from 350 to 500 kg, then the foundation is not needed for it, it is allowed to install it even on the upper floors of buildings. And this is understandable, because their weight will not add to the overlap of a significant load. 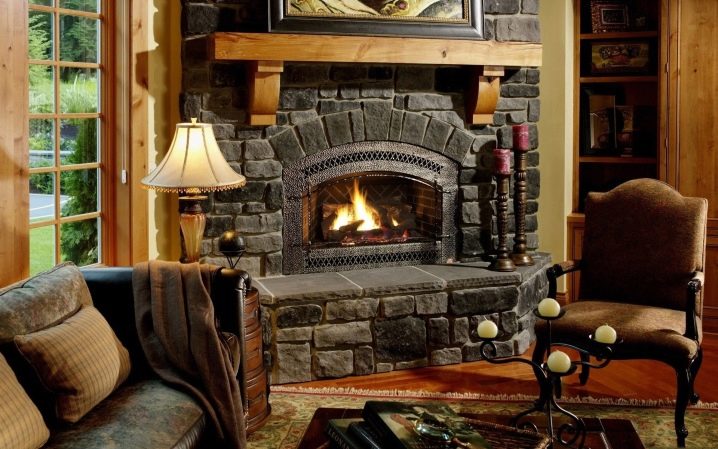 But for a fireplace weighing one ton it's different. The foundation is needed, and very solid, otherwise the device will simply begin to sink into the ground over time. The base of such a fireplace should be separated from the foundation of the building with half-meter-high tamped sand, and the foundation itself should be leveled at the top and the level should be checked. 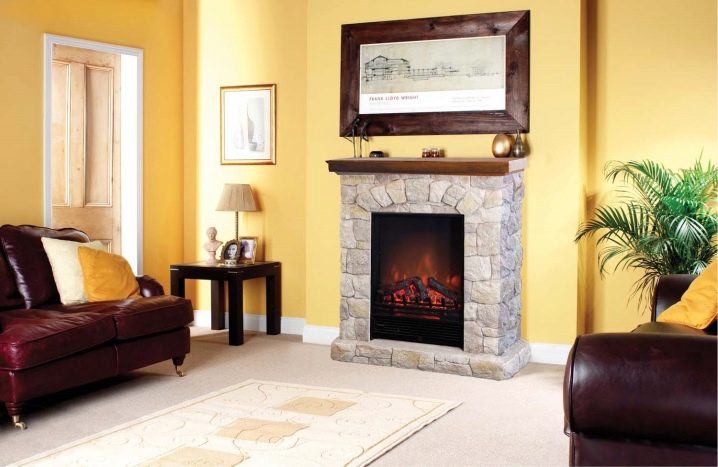 The level of the floor should eventually be above the foundation under the fireplace by eight centimeters. On the foundation put 2 layers of roofing material, covered with bitumen. So chimney masonry will not be afraid of moisture coming from the soil.

Options may be different, it all depends on what the soil will be built this building. For non-rocky soil, a simple foundation without reinforcement will suffice. Lightweight is called the foundation, at the base of which is a sand pillow. To lay and build such a foundation, you need a hole at least half a meter deep. The sand is laid in it with a thickness of 15 cm, and water is poured over it, then again the sand and repeat everything until the surface is 30 cm.

Sand compacted in this way is covered with the upper part of the foundation: rubble, stone, brick or gravel. Some professionals use other materials such as ceramics, concrete products or slate fragments for this purpose.

Fireplace in the street

This device is very different from the indoor fireplace. Such strict safety measures are not required, neither a damper nor a vent hole is needed. At such a fireplace, the whole family can have a great time in the fresh air. 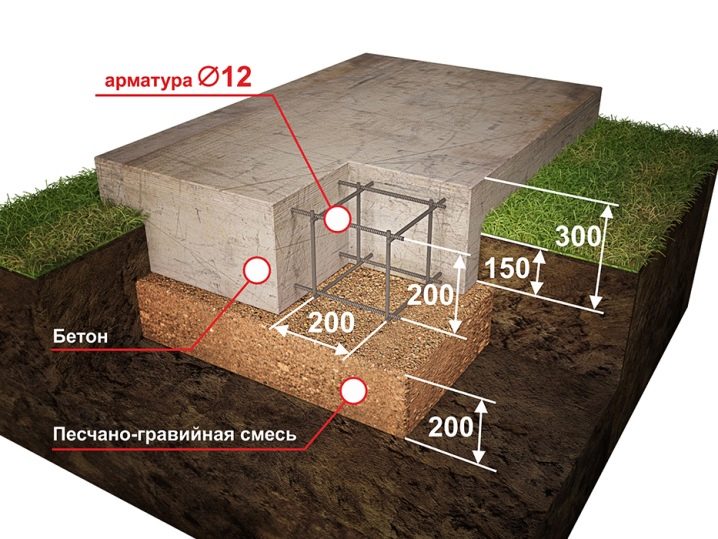 But without the foundation of the outdoor fireplace can not do. It is best to put it on the foundation blocks, which in this case will prove to be the most convenient basis for a street fire.This material is convenient, and the base immediately turns out to be even and no torment with its additional alignment. 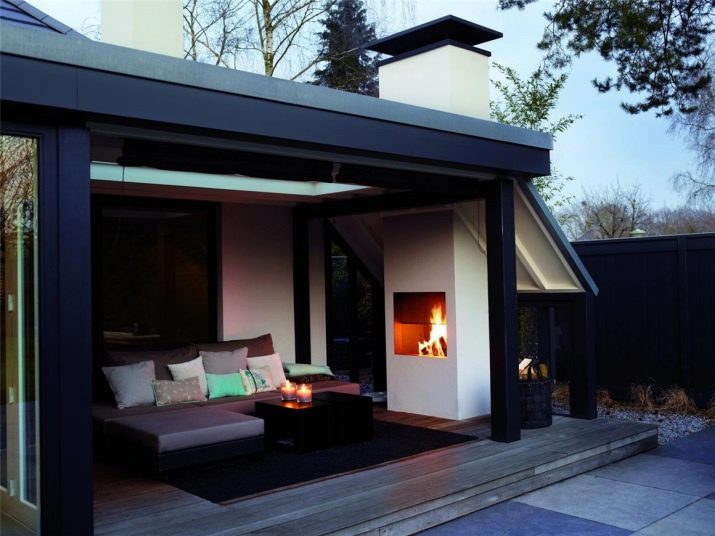 On a pile foundation, a fireplace is installed on heaving soil. By construction, it consists of four piles connected by a reinforced concrete screed. The piles themselves are either reinforced concrete or are reinforced cement pipes into which concrete has been poured. This support can be pressed with a force of 6 tons, which includes the weight of the foundation (1.5 tons), the fireplace itself and the chimney (4.5 tons). 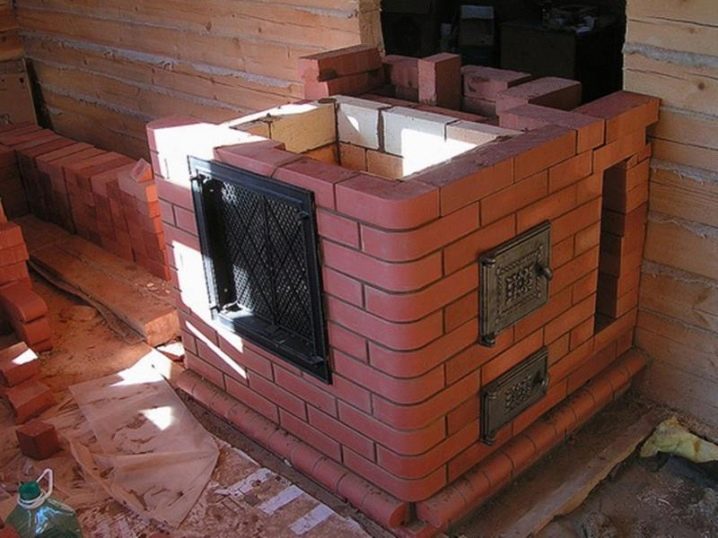 If the pile foundation is built according to the rules, it will fully withstand a brick fireplace.

The most common are two types of foundation for a fireplace:

For the construction of the base of the fireplace, as well as for the chimney, traditionally use concrete, red brick or rubble stone. The foundation will continue to be under pressure from the entire mass of the fireplace, so it must be made as strong as possible. 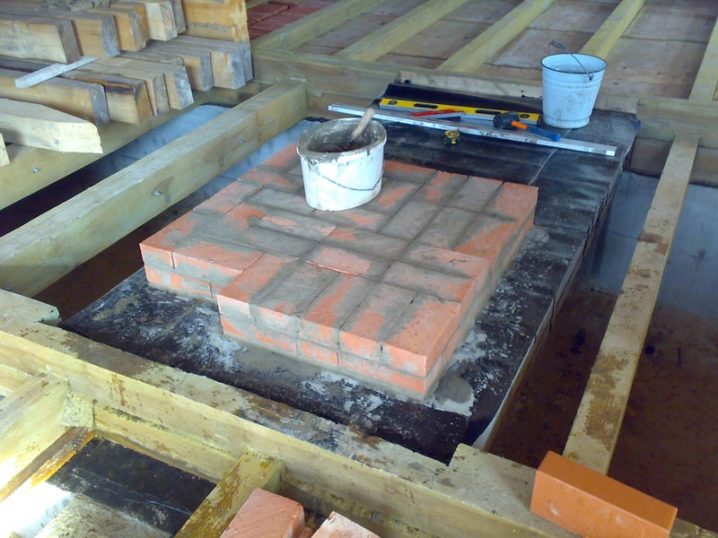 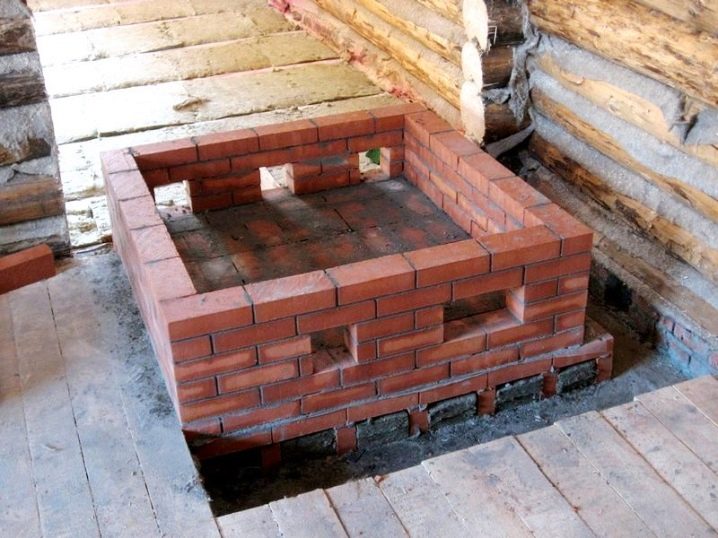 This fact should warn anyone who tries to do everything in one fell swoop - in no case should this be done. Any other foundation should be from the foundation under the fireplace through the gap with sand, and the width of this gap should be at least 5 centimeters. 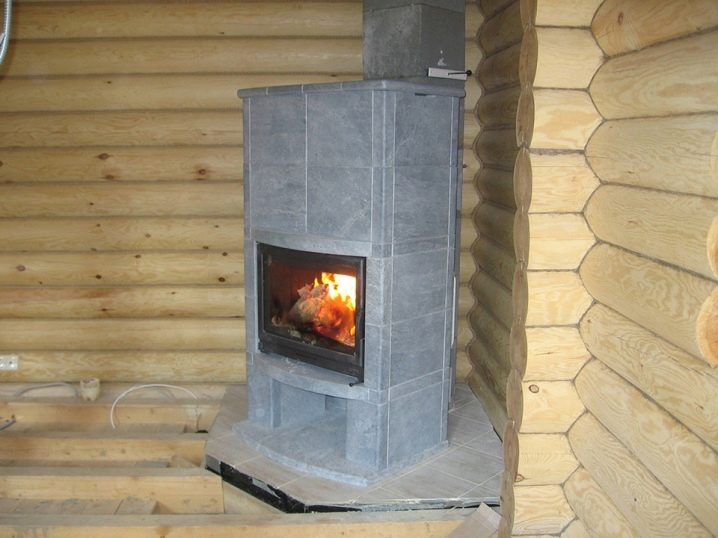 How to connect with the floor?

In the case of using traditional concrete foundation foundations, temporary formwork will also be needed. At the hardening of such a foundation should take at least a day. 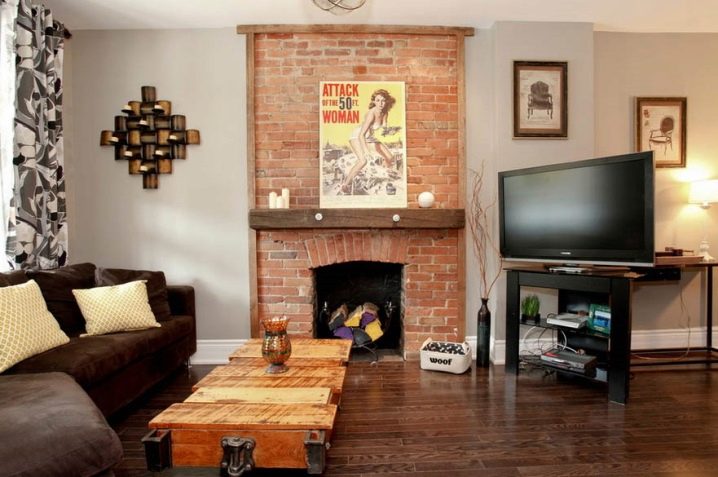 For which fireplace is the foundation not required?

Preparing everything for work and pouring the foundation is a rather time-consuming and long process, so many would like to do without this stage of work, but this does not affect the work of the fireplace. It turns out that there is such an opportunity, only in this case the fireplace turns into another device and is called a stove. 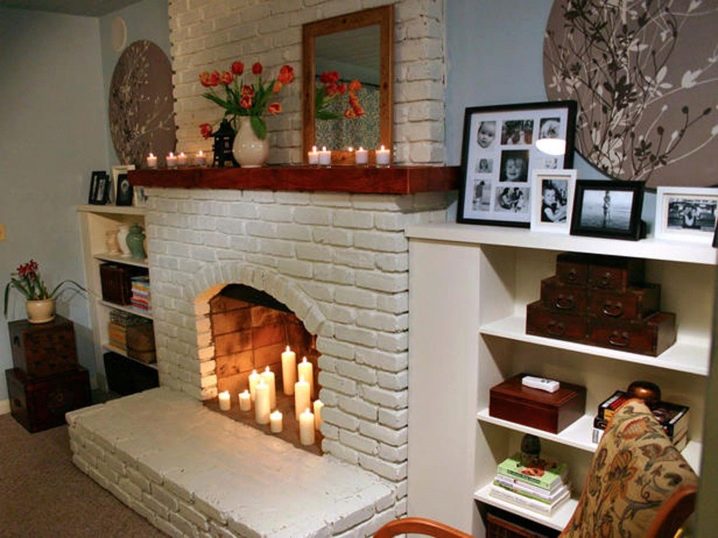 This is a metal heating device capable of operating on any solid fuel. The foundation in this case is absent, and the stove is just on the floor.

The use of such heating equipment allows you to heat the room in which it is located, and there are also such models of burzhuek, where you can cook food and see how the flames dance their magic dance inside it.

Despite the simplicity of its device, the stove-stove is also able to look aesthetically pleasing and modern. It can be issued in a decorative plasterboard portal, you can use concrete, natural stone and even wood. In such a decorative design unpretentious stove-stove becomes a real copy of the classic fireplace. 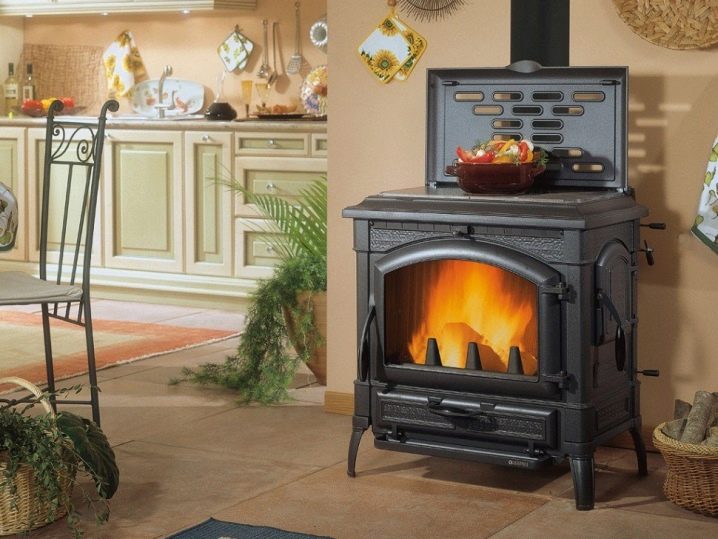 Building a foundation for a fireplace is not a very difficult task, the main thing here is not to deviate from the rules and advice of professionals, because the longevity of the fireplace largely depends on the foundation. 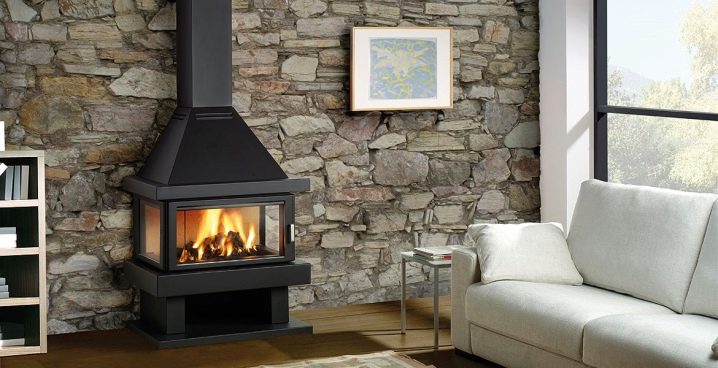 Decorative fireplace in the apartment 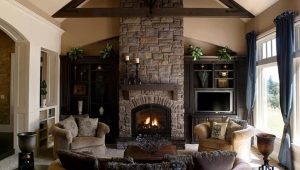 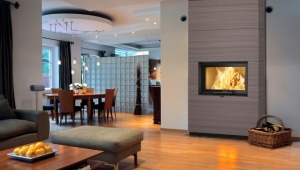 Fireplaces How much is a fireplace

How to make a fireplace with your own hands?

What is better - a fireplace or stove? 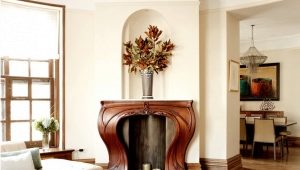 Fireplaces Falshkamin with their own hands - a master class with photos

Firewood for the fireplace

Fireplace of cardboard with their own hands