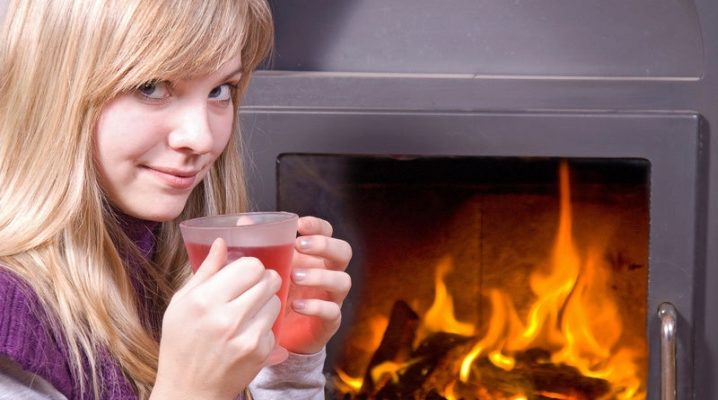 Country houses in our country, as a rule, are not designed for living in the winter, and therefore they do not require the installation of a heating system. For a comfortable stay on cool summer and autumn nights, many people heat the dacha with a stove, or use household heaters. These methods are ineffective, as the stove, the stove requires a large consumption of firewood, and the heaters consume a lot of electricity, and both of them are able to heat only a small space around them. An excellent way out for those who like to spend time in the country will be the installation of a long-burning stove in the house. 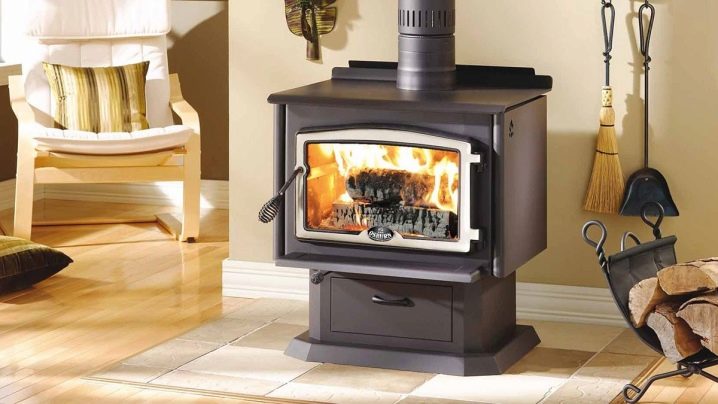 Fireplace stoves for solid fuels of modern production are very compact and have a very aesthetic appearance. Most models have sealed fireproof glass doors that allow you to admire the flame. 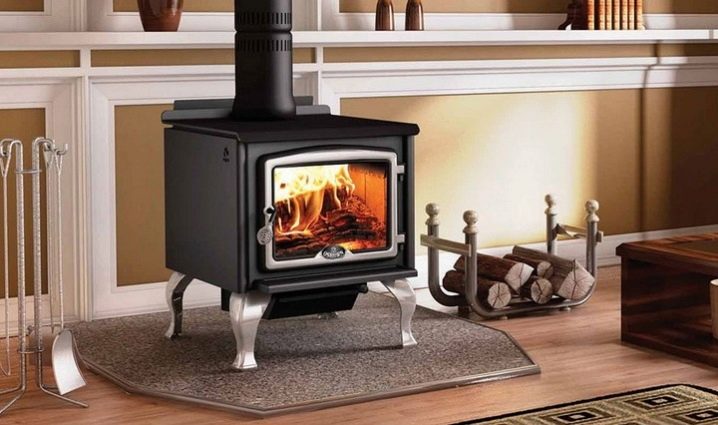 With all the variety of models, all devices consist of the following parts

Unlike a traditional stove, air is not supplied from the bottom, but from the top, into the fireplace stove. In the furnace has a regulation system, artificially restricting the flow of air. As a result, the wood in the furnace does not burn, but smolders. When smoldering firewood emit pyrolysis gases that enter the secondary combustion chamber, where they are burned, thereby significantly increasing the efficiency of the furnace.

Thus, the main advantage of the stove over other heating devices is a long time between the tabs of firewood, on average, depending on the characteristics of the model, from 6 to 12 hours.

Users of long-burning stoves, first of all, of course, note the operating efficiency - economical fuel consumption and long-term temperature maintenance. The disadvantages include a long-term transition to the long-burning mode, that is, the impossibility of quickly heating the room.

Also, when choosing models with a secondary chamber, it should be borne in mind that excessive condensate formation occurs during the discharge of pyrolysis gases. Therefore, the chimney should be positioned with a minimum number of transition sections. 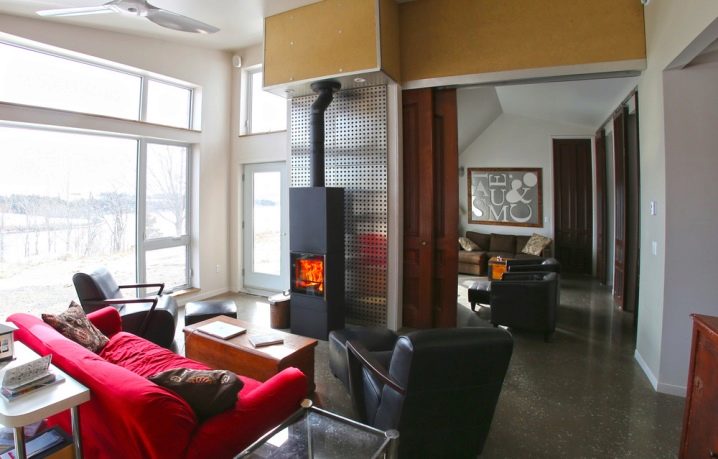 Choosing a long-burning stove should not be given preference to frankly cheap options. In addition to low heating capacity, such devices are often made of low-grade materials and their operation is not durable and not safe. This is the case when the high price of furnaces is largely justified. Although, of course, among the budget options of domestic production, there are very decent models.

The Norwegian company Jotul is rightfully considered a veteran in the market of heating devices, because they have been producing cast iron stoves and fireboxes for more than 150 years.During this time, the efficiency, convenience, and beauty of its products have been very much in love with all over the world. Modern production takes place using the latest developments and industrial technologies, which guarantees high quality products. The pig-iron Jotul furnaces are distinguished by durability, high durability, safety and convenience in operation.

The modern model range of Jotul furnaces is very diverse, and is represented by more than 20 positions. The devices are distinguished by their power and dimensions, the presence or absence of a cooking surface, clean burning systems and clean glass.

The Serbian company Bella Thalia entered the market in 1996, and by 2009 became one of the European leaders in the production of home-made stoves. All models of this company are distinguished by their original, unusual appearance and modest dimensions. They are great for heating small ones - up to 80sq.m. - premises and cooking. The maximum power of the furnaces - 8kW, efficiency - 70%. Prices for stoves Bella Thalia stoves start at 11,000 rubles, which makes them very attractive for Russian buyers.

Maximum power is 9kW. Each furnace is characterized by an original design.

The company produces both budget products from 14,000 rubles, and models equipped with an oven, from 65,000 rubles.

A feature of long-burning stoves from the Russian company FireWay is low weight with high power.

With small dimensions, each model can heat a room of 120-150 sq.m. It can also be used for cooking. The mode of operation of these furnaces requires the laying of firewood no more than every 6-8 hours.

Low weight allows you to install FireWay devices on floors above the first one, which is their exclusive feature.

It is possible to purchase “the best alternative to the stove”, as it was called by satisfied customers, from 21,000 rubles. All products are guaranteed for 5 years.

For more than 15 years of being in the Russian market, the company EcoCamine has become the most famous domestic manufacturer of long-burning steel stoves-fireplaces. The basis of the EkoKamina model range is the Bavaria oven series.The power of all Bavaria stoves is 9 kW, they are perfect for heating rooms ranging from 80 to 150 square meters and cooking. 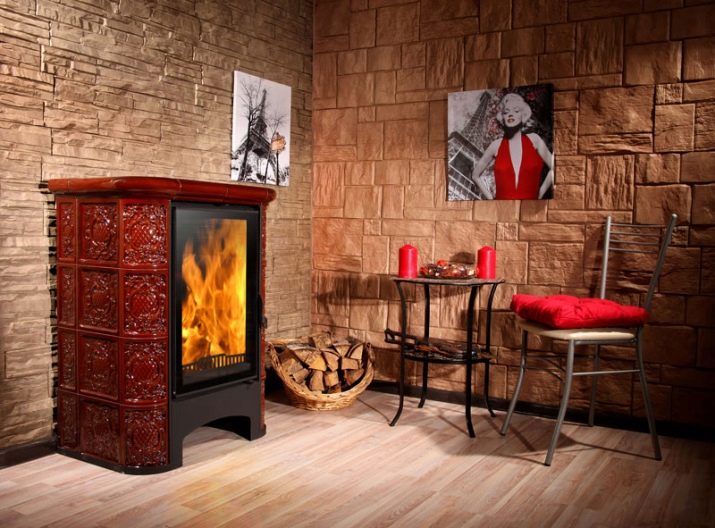 All models have cooking plates and observation windows that allow you to admire the flame, some are equipped with ovens, and equipped with ash collection boxes.

The devices are designed in such a way that the combustion chambers are very easy to clean. Prices for stoves-fireplaces Bavaria start at 16,000 rubles.

The Russian company "Greyvari" specializes in the production of stoves for baths and saunas. The range of fireplace stoves for dachas of long burning is represented by the models "Sicily" and "Malta". These models are distinguished by exquisite design and functionality. The capacity of the furnaces is designed for rooms of 70-80 sq. M. The price ranges from 17 to 25,000 rubles.

Laoterm has existed on the Russian market since 1993, and is known for the production of stoves under the brand name Buleryan, later renamed Breneran. 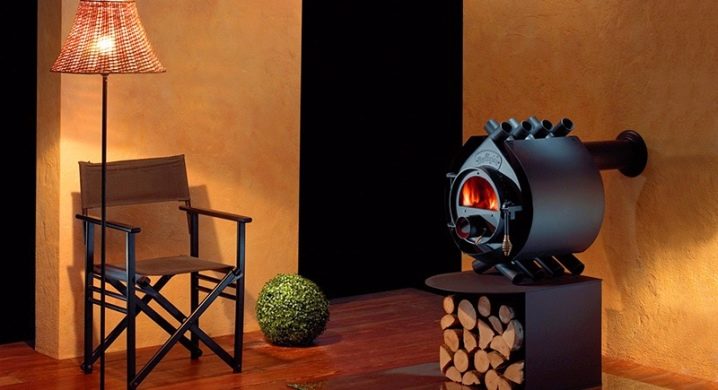 The Buleryan-type apparatus was developed in Canada for rapid heating of lumberjacks' houses, therefore its main advantages are high economy and quick launch. The smallest stove can heat a room up to 100sq.m. Solid fuel boiler Buleryan from one tab works up to 6 hours.The design involves the use of almost all types of solid fuels, except coking coal. 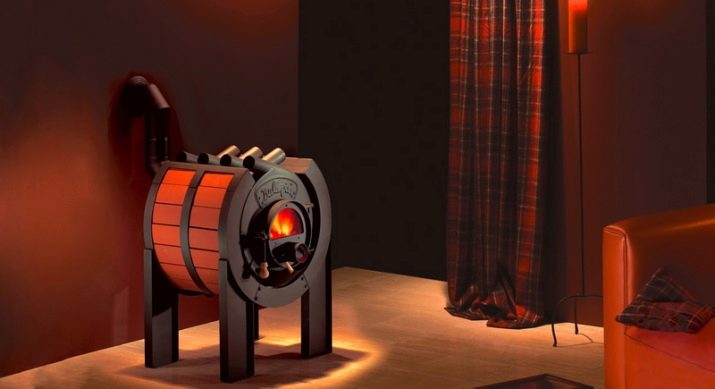 The modern gas-generating furnace "Buleryan" is an advantageous and safe solution for a wooden country house or any other non-heated building. Laoterm company provides a wide range of this unit with a price of 11,000 to 55,000 rubles.

The range of stoves-fireplaces of the company "Ligov" is dedicated to its hometown of St. Petersburg. These furnaces, besides high efficiency and fine quality, are distinguished by the sustained esthetic appearance.

"Kronstadt", "Fontanka", "Volkhov" and other models will be an excellent decoration for any home.

A new word in the production of stoves, fireplaces was the release of the model "Petrograd", the uniqueness of which lies in the fact that it combines two complementary theories of stove heating - convection and accumulative. Due to this, the furnace has the highest possible efficiency and stores heat for a long time. At a price of 34,000 rubles, the Petrograd stove has already been appreciated by many buyers.

The rest of the assortment of the Ligov company includes both budget options from 13,000 rubles and stoves in stone (serpentine trim) for connoisseurs of the fine from 55,000 rubles.

The company Teplodar has been in the oven equipment market since 1997, and during this time has managed to establish itself as a responsible manufacturer, always taking care of its customers.

In their production, they use their own patent developments and high-tech equipment. All production is in Russia, which significantly reduces the cost of production.

Fireplaces Teplodar distinguishes ergonomic design and high efficiency. The company catalog contains more than 20 basic models that have more than 100 modifications. You can buy stoves Teplodar from 24,000 rubles.

For stoves-fireplaces long burning from the company Termofor characteristic corporate design. Their feature is the vertical loading of firewood, giving the compactness of the whole structure.

These ovens are great for installation in small spaces. The price range starts from 16 000 rubles. 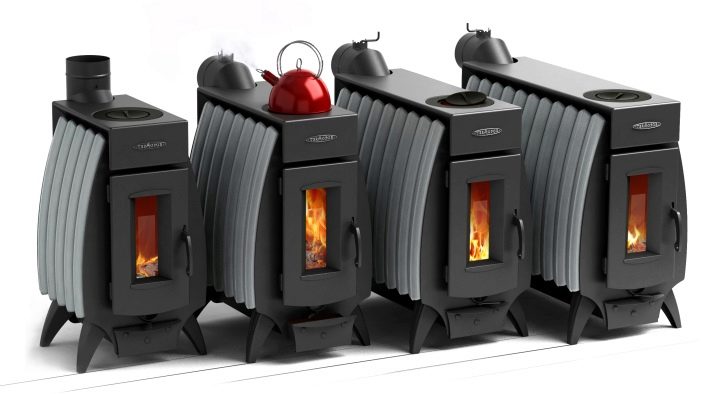 The Belarusian company "Meta-Bel" is engaged in the production of steel furnaces, convection-type fireplaces.In all models, a system of "clean glass".

Rapid heating of the room is carried out by infrared radiation, which the metal of the furnace gives through the glass. The furnace is lined with fireclay bricks, which prolongs the life of the furnace to 10 or more years.

The popularity of the furnace Meta-Bel largely received thanks to an affordable price - from 2000 rubles. The model range is presented by 20 positions, with capacities from 6 to 9 kW. The greatest demand for such furnaces as the Yenisei, Angara, Ohta, Neva. Separately created line of stoves for a bath.

All stoves of Meta-Bel are produced in accordance with international technological standards and are certified in the Republic of Belarus, the Russian Federation and the European Union. This is an excellent economical and effective solution for a country house or cottage.

How to choose a clock on the fireplace 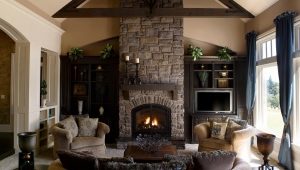 Fireplaces How to overlay metal fireplace with bricks 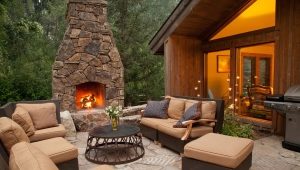 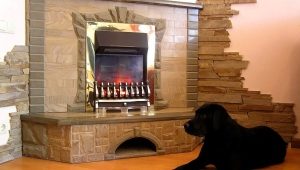 Fireplaces Fireplace do it yourself