Varieties of cold welding for metal 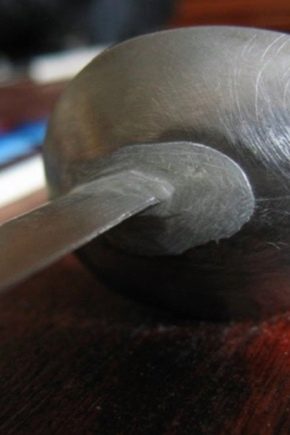 The traditional method of fastening metal elements is welding. However, today there is a worthy alternative, characterized by ease of use and affordability. It is a plastic mass for fixing metal surfaces - cold welding. 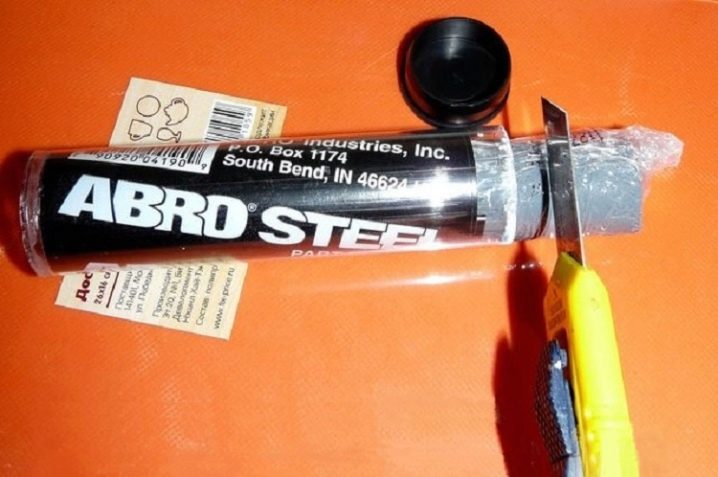 This composition is a plastic adhesive, the consistency of clay. This feature, as well as improved adhesion rates are due to the composition of the mass - it is based on epoxy resin.

As a rule, epoxy resin is located in the center of the cylinder, the outer part of which is hardening agents. High strength seams is achieved by mixing the resin with metal dust. To ensure the composition of these or other technical properties, it adds various components,the most common among which is sulfur. Production processes and material composition comply with GOST 2601-74. When using this composition should be guided by SNiP 3-42-80.

Despite the fact that welding provides high strength and reliable bonding of parts, sooner or later the broken elements must be replaced or restored by a more "serious" method. This composition is very popular for eliminating leaks in plumbing devices (sealing gaps in pipes, repairing threaded connections, etc.), minor repairs, domestic use.

In the best way glue demonstrates its qualities when gluing parts that are not subjected to heavy loads.

The ease of use of this composition lies in the fact that it is suitable for applying both on hollow and filled surfaces, as well as parts that are subject to low pressure. No need to dismantle parts, you can make bonding even in hard to reach places. This method does not involve heating, which means that metal deformation is excluded, as well as a negative effect on neighboring heat sensitive elements.

The work itself does not require professional skills, expenses for the purchase or rental of equipment. Grasping surfaces begins, a few minutes after application, and you can use the repaired part after a day. Due to the variety of compositions, it is possible to pick up the glue for a specific part, including one that is operated in extreme conditions. So, there are such types of cold welding that tolerate high-temperature effects up to 1000 ° C. 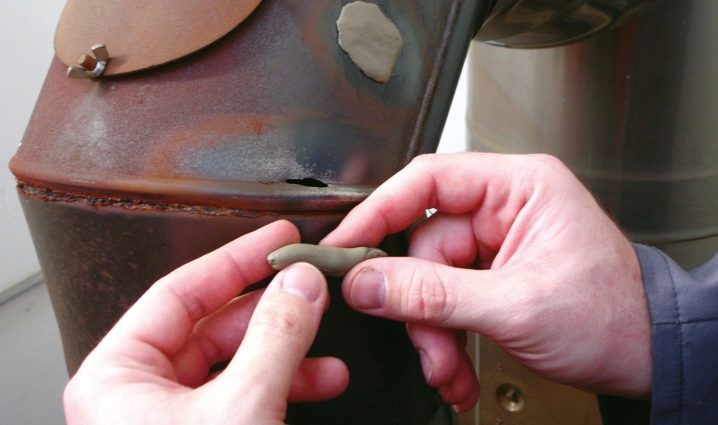 Despite the fact that, by its strength, the seam formed by cold welding is inferior to the joint obtained by the method of conventional welding, it is quite durable, one-piece. It is recommended to apply the composition to eliminate minor damages and seal fistulas. Cold welding is combined with all types of metals that are particularly sensitive to heat. It also makes it possible to glue dissimilar metal surfaces. Formed seam looks neat, can be sanded, painted.

This type of compound is based on the principle of pressure, however, a seam is formed due to the plasticity of the adhesive and the ability of its particles to attract material molecules.In other words, plastic deformation takes place, as a result of which the oxide layer on the repaired surfaces is destroyed, and the distance between them becomes similar to the distance in the crystal lattice. At the same time, the energy level of atoms increases, they become capable of forming chemical bonds.

Depending on the characteristics of the composition, cold welding is one-component and two-component. The first is not suitable for long-term storage, outdoor glue must be used at one time.

If we talk about the scope of application, then there are the following types of cold welding.

On the basis of the consistency of emit liquid and plasticine compositions. Liquid welding is always a two-component composition consisting of epoxy resin and hardener. Available in syringes, the mixing of the components occurs in the same place automatically. However, experts still recommend mixing the components in a separate container immediately before use.

The plasticine mass is more viscous, it is a one-component or two-component bar. Before use, it is kneaded to obtain a uniform elastic mass.

Glue can also be differentiated into the following groups:

The quality of adhesion of glue depends largely on how carefully prepared working basis. It must be cleaned from rust, degreased. For this purpose, special solvents and emery paper are used.

The part covered with a rust should be rubbed with a sandpaper until a layer of a characteristic metallic shade with traces of scratches appears.Smooth surfaces should also be sanded with abrasive paper until scratched. This will improve grip.

The next stage is the drying of surfaces. You can give the base to dry naturally or use a regular hair dryer. Manufacturers note that cold welding may be applied to wet parts, but practice shows that the quality of such compounds is lower. After drying, the surface should be degreased again using, for example, acetone.

After the surface is ready for sizing, it is necessary to cut off the necessary amount of glue from the cylinder. Cut it should be only in the transverse direction, so that the resulting "round" contains both epoxy core and hardener, framing it. If a liquid mixture is used, it is squeezed out of the syringe tube directly onto the surface of the part (as stated in the instructions) or pre-mixed in dishes (as recommended by professionals).

The cut piece must be warmed and made homogeneous, rubbed in the hands. The longer you do this, the softer and more plastic the composition will become. 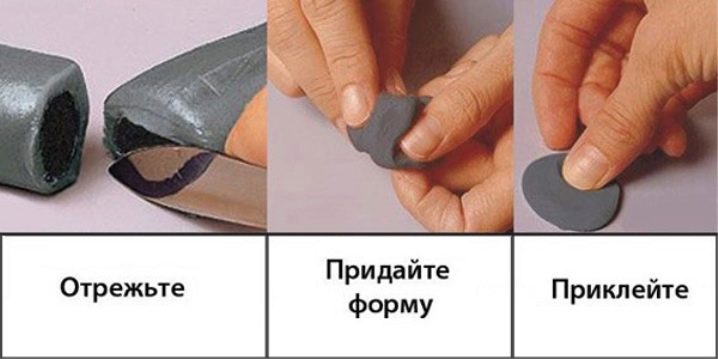 If he sticks too tight to his hands, you can periodically moisten them with cold water.The work should be carried out in gloves, and the dishes in which the mixture was kneaded or kept should not be used further in the kitchen.

When you feel that the mass adheres well and smears easily, you should immediately apply it to the surface being repaired. If the gap formed is small, then it is desirable that part of the glue penetrates into it. For large gaps, it is better to use “patches”, which are fixed by cold welding.

It is desirable to make the welding layer not more than 5 mm. If necessary, you can apply several layers, waiting for the previous one to dry completely before applying the next one. Most formulations begin to harden within a few minutes after adhesion to the surface. The final freezing occurs after a day. 24 hours after applying the adhesive, you can proceed to the further processing of the repaired surface. 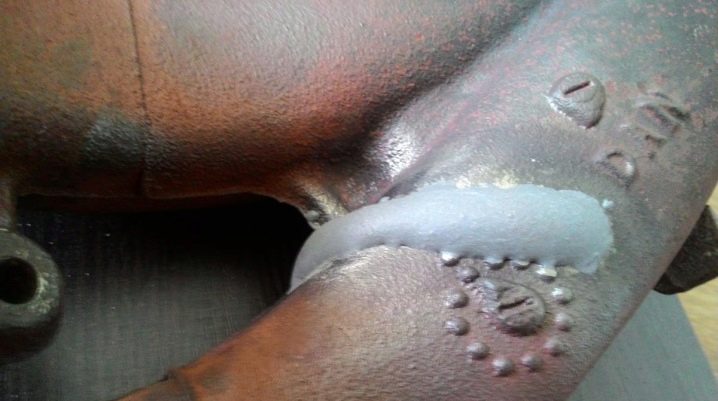 Leading position in the market is imported products. Domestic counterparts, according to user reviews, do not demonstrate the same high quality and strength of the seam.

The most durable welding, according to professionals, as well as on the basis of expert data, is produced under the brands Hi-Gear, Abro, Poxipol.

This method itself can damage the surface, and if acetone is applied on a base made of wood, glass or ceramic, it can darken them. In this regard, the composition should be applied carefully and carefully, without scattering the prepared and crushed glue on the surfaces adjacent to the workers.

For information on how to use cold welding, see the following video. 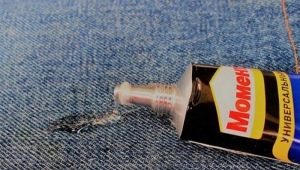 Construction adhesive How to remove the “Moment” glue from clothes at home? 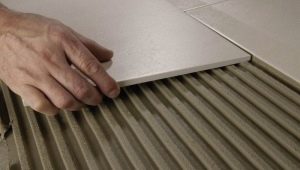 How to remove the “Moment” glue from hands?

Description and properties of "cold welding" 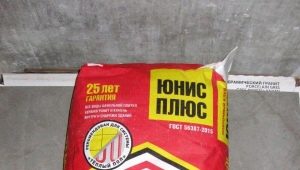 TekhnoNIKOL glue-foam for expanded polystyrene: features of the choice and application