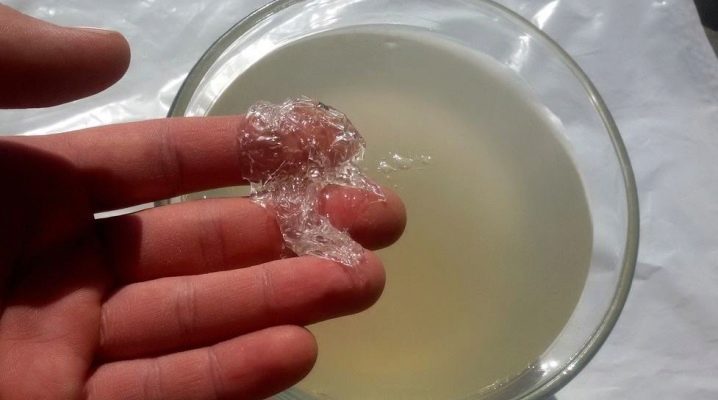 Increasingly today, customers are in demand liquid glass. At the same time a considerable part of them prefer the sodium variety. This choice is explained by its features and technical characteristics. What is it, what is the scope of its application, what do the physicomechanical properties of this material say - let's understand.

Liquid sodium glass is nothing but a silicate adhesive based on sodium silicate with a content of caustic soda. In liquid form, it is characterized by viscous structure and transparency. It is a waterproofing material with penetrating power. It is due to the presence of sodium silicate due to its high performance.

Sodium liquid glass - a proven tool that does not lose its relevance for a long time. It is in demand in many industries, including automotive, metallurgy and construction.In addition, it is used in private construction. Externally, the liquid mass has no visible mechanical impurities. 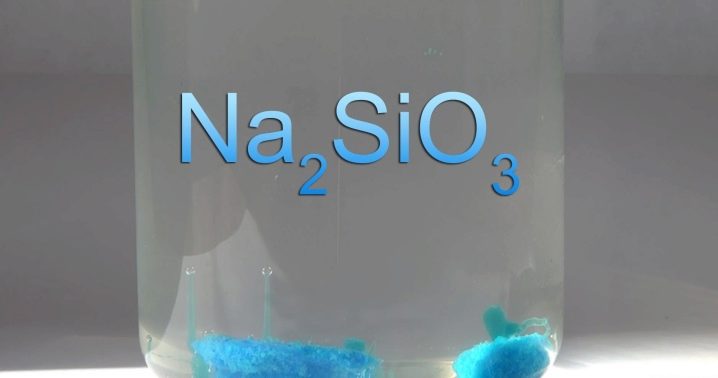 This glass hardens slowly, and only in the air. The liquid mass loses its stability, becomes a gel, which is compacted over time and gains high strength.

Thus its knitting qualities are shown. However, the degree of penetration of carbon dioxide in the air is small, and its positive properties are visible mainly on the surface.

This material is obtained by autoclave melt of sodium silicate. In the melt using the composition of quartz sand with soda (sodium sulfate) and potash, performing this process in special furnaces at a huge temperature (about 1,400 degrees). As soon as the melt is formed, it is immediately cooled, and it breaks up into pieces of a greenish-mint shade, which is called a silicate block.

Liquid glass is created from lumps, dissolved in water or making it an autoclave. In the autoclave method, saturated steam is used. The method by which it is dissolved in water involves the hydrolysis of sodium silicate.This forms a colloidal solution of silicic acid, as well as alkali hydroxides.

Liquid sodium glass refers to mono-alkaline products, outwardly it is somewhat reminiscent of a rubber viscous mass. Such material is characterized by water-repellent properties: it does not pass water. It is a good antiseptic since it protects the bases against the appearance and spread of fungus. In addition, the material is antistatic: it increases the inertia of the bases to electrostatic discharges.

Due to the hardening qualities of liquid glass increases the strength and durability of the treated surfaces. This is a refractory material, the use of which increases the fire resistance of the base and its protection against acid-containing components. The mass quickly fills small gaps and even pores, it protects the bases of concrete and wood. At the same time it differs in economical consumption

The use of liquid sodium glass allows to obtain a thin film with a long service life. It can be used in premises of various types, including those with a high degree of humidity. However, this material has disadvantages.For example, it can not be used as a waterproofing brick foundations.

Not always formed a glass film has the desired strength. Therefore it is necessary to apply additional methods of waterproofing. It is easy for a master to work with liquid sodium glass, but a beginner should take into account the fact that it is undesirable to delay in work. In addition, you need to keep in mind that the composition is unable to waterproof the base, if you do not first prepare it for this.

It is necessary not only to clean the surface from dust and debris, but also to strengthen it with a deep penetration primer. These are additional expenses, but without a solution of the soil, the necessary reinforcement and high adhesion of the film and base will not turn out.

Observe the technology must be. It should be borne in mind that the mass is distributed evenly over the entire area of ​​the working area.

Liquid sodium glass is produced in accordance with GOST 13078 81.

Physical and mechanical standards of liquid sodium glass look like this:

Waterproofing material with a certificate of compliance with the standards, poured into the packaging of the buyer. In this case, as a rule, it should be made of a material that is inert to contact with silicate glue. Factory packaging differ in volume, which allows the buyer to purchase exactly the amount of raw materials that he needs at the moment. This product is produced today by different manufacturers.

Among them are the following brands:

The common properties of sodium and potassium water glass are water solubility. In addition, both types in the process of drying in the open air form a thin film on the treated substrate. In this case, the two types of glass there are differences. For example, the modulus of potassium glass is better and higher (3.5-4.5), but the cost is less precisely for the sodium material.

Liquid sodium glass is characterized by a wide range of uses.

Today it is used in the construction industry:

The use of liquid glass is extensive. Putty is made of it, it is used when a protective solution is needed to seal the joints in the sewer and pipeline systems. It is also appropriate when laying stoves or fireplaces. It is used not only in pure form, but also as an additional component in the preparation of mixtures or other impregnations.

The properties of liquid glass can be used in everyday life. For example, this is a suitable material that is appropriate when installing the cladding (for example, plastic panels, linoleum, PVC tiles).With it, you can make even fabric refractory, not to mention the fact that it can become a sealant for metal pipes. In addition, water glass is successfully used for treating damaged trees.

This is the right companion for the composition of the self-leveling floor with a 3D effect. It is relevant when you need to clean the kitchenware, restore the car body, use a variety of decor or restore the surface of wood, plastic or porcelain.

The material is universal, due to which it can be used to prepare a primer, waterproofing, fire-resistant, as well as antiseptic solution. In addition, reliable impregnation is obtained from liquid caustic glass.

Instructions for the use of liquid sodium glass is quite simple. First, everything that exfoliates, including old paint, is removed from the surface. If there are greasy or oily stains on the base, they are also removed, after which it is necessary to remove dust, as it prevents the fixation of any material to the base. It will simply roll off the surface.

After pre-cleaning the base it is treated with soil,applying it with a uniform layer by means of a building roller, and at the joints with a flat brush. After the first layer of soil dries, you can apply another one. Application should be uniform. When the second layer dries, prepare a waterproofing layer, then spread it over the working base with a thin layer using a spatula.

For more information on the use of sodium liquid glass for the car, see below.

Heat-resistant glue for metal: the pros and cons 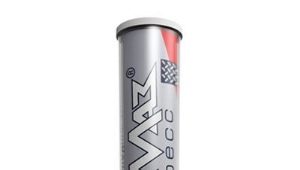 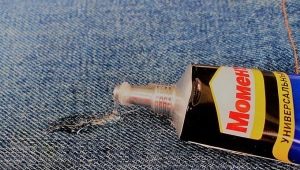 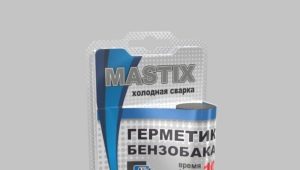 Glue for blocks: types and characteristics

Liquid nails "Moment Installation": the types and scope of use