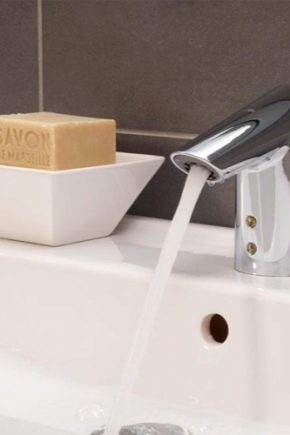 Progress does not stand still. State-of-the-art technologies are increasingly falling directly into our home. A decade ago, the touch mixer seemed to many ordinary people to be a curiosity, which can be found only in fairly expensive public places, and now more and more owners are seriously considering the possibility of installing such a device in their own apartment. Since the new product is not familiar to everyone, it is worthwhile to carefully understand all its features.

The sensory essence of a faucet can be determined at a glance, since it completely lacks any familiar parts for opening water - a lever, valves or knobs, which still seem irreplaceable to most people. The device does not contain anything extra - from the side only the spout is clearly visible.While the mechanism works, starting and stopping the water supply, in accordance with the commands given by the built-in IR sensor or photocell, is imperceptible.

Touch faucet in a mandatory manner features maximum control parameters of the water supply. The built-in sensor responds to movement in a relatively small radius, which is specified in the instructions and is also subject to adjustment, which allows you to adjust to the exact size of the sink.

In addition, you can determine the time interval after which the sensor reacts to changes in its area of ​​operation. Thus, long exposure allows you to simply walk past the sink without the water immediately turning on. However, if the fluid is really needed, you will have to wait.

The mixer does not have a lever or valves to adjust the water temperature, but in a similar technological device this fact simply could not be ignored. A small lever is still present, and it sets the temperature parameters for all subsequent inclusions, unless someone changes these settings. Therefore, it can be expected that the water in the tap will always be the same temperature.Many or even all, depending on the specific model, the parameters described can be adjusted using the remote control.

It should be clarified that the sensor always responds only to movement, and not to a warm (living) object, therefore, in the event of a sudden fall of something into the sink, the water supply stops immediately as soon as the object stops moving. The touch tap is, of course, an electrical device, since electricity is needed to power the sensor, although no one is trying to connect this device to an electrical outlet. The power consumption of such a mixer is very small, so it always runs on batteries.

We note that problems with frequent replacement do not arise, since even in public places the charge is usually enough for several years, taking into account thousands of inclusions every month, and at home one good battery will easily endure ten years.

A touch mixer can theoretically be used in places with completely different conditions and tasks, so it is not surprising that its classification is carried out by several criteria at once. In the first place, such devices are divided according to their intended purpose, and in fact not every such device is created specifically for the sink.

There are such types as:

Among other things, the mixers of the described construction can also be classified by the length of the jet, that is, by the force of the head,and also by the principle of work - for example, pour hot and cold water separately from different taps.

As a rule, modern technologies appear in our lives for a reason. Usually they bring something new, increasing usability or giving other advantages.

An automatic faucet for a washbasin will definitely not be an exception to the rule, and there are many reasons for this. 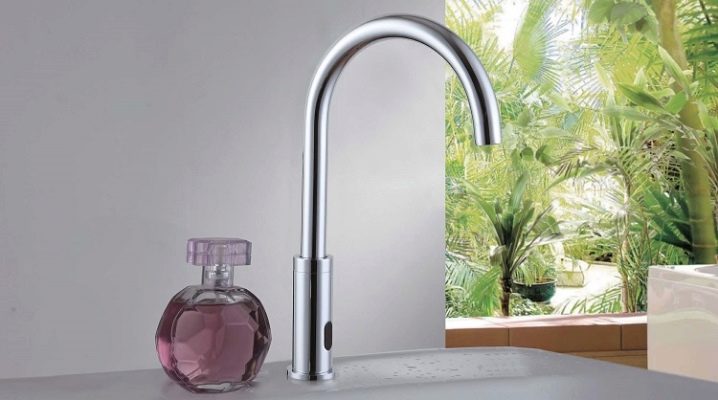 However, it should be understood that the touch mixer is not such a universal device. Some of its features do not allow it to be used everywhere. Numerous reviews of the first years of the sale of such devices confirm that at home it is often inappropriate. Ignoring such potential flaws is not worth it - on the contrary, they should be explored. 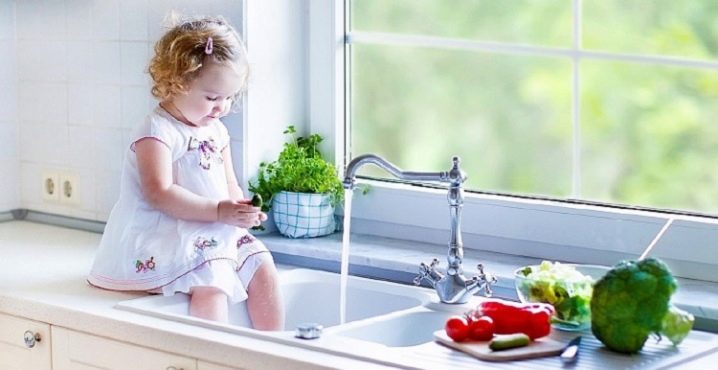 The design itself does not constitute anything supernatural, and any person who understands an electrician is able to repair it, but if you need to replace a broken sensor, it will be extremely difficult to find a suitable part without calling a specialist.

From the above, we can conclude that the touch mixer - this invention is very practical, useful and relevant, especially in public places. At the same time, unfortunately, the real scope of its application is limited to a washbasin (only for its intended purpose - for washing and washing hands), as well as a toilet, if referred to as such mixers and just taps with motion sensors ..

In the conditions of a kitchen or a bath, such a newfangled device would be a waste of money and a constant problem rather than a convenient addition.

Sensory mixers are high-tech and relatively expensive equipment, so they should be chosen carefully. Many consumers, when choosing, are guided not so much by some parameters of the device as by its manufacturer, rightly believing that a company with a good reputation will not allow its own name to be tarnished by even one defective copy.

For this reason, you should pay attention to the most popular manufacturers of similar products.Since the features of the production of cranes with touch sensors are the use of modern technologies and the highest quality. The overwhelming majority of popular brands for these products come from Germany.

Of course, consumers appreciate not only the innovativeness of Grohe products, but also their high quality.

Among other well-known manufacturers offering modern non-contact mixers to consumers, TSH and Hansa brands should also be highlighted. Recently, the Russian manufacturer of sanitary ware Varion, existing since the end of the nineteenth century, promises to enter the market of sensory faucets, which will only help to expand a wide range of such innovative products.

In the next video you are waiting for the installation, connection and configuration of an infrared touch mixer Roca M3. 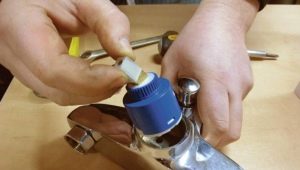 Bathroom faucets The principle of the ceramic cartridge for the mixer 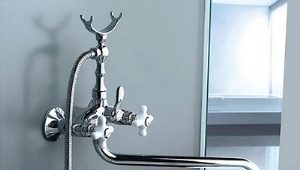 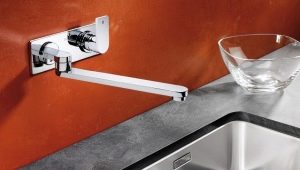